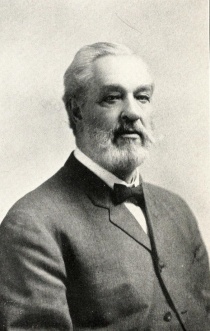 Buck was born in Fredonia, New York on November 20, 1838 to Reuben Buck and Fanny Morton. He was educated at Belvidere Academy in Belvidere, Illinois.[1]

Dr. Buck married Melissa M. Clough (1838-1908) in 1865. They had six children: Alice, Cora, Edgar, Charles, Robert, and Ruth. Mrs. Buck and Cora were very active in the Cincinnati Theosophical Society, and other family members were also involved. On December 27, 1885, six of them became members: Lissie Clough Buck, her sisters Della and Nellie Clough, and children Alice, Cora, and Edgar.[4] Edgar became a physician, and practiced in Kentucky for a time before returning to Cincinnati. There, in 1910, Edgar had taken his wife and son to live with J. D., Cora, and Robert, an electrical engineer. Mrs. Melissa Buck died in 1908.[5] 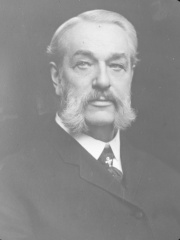 In Mahatma Letter 140, written in March, 1886, Madame Blavatsky gave A. P. Sinnett an indication that Dr. Buck was being "helped" by the Mahatmas to make the Society "a grand movement" in America.[9] The Cincinnati Theosophical Society was formed on May 9, 1886 at the Buck home on Oak Street, and on October 30 of that year a convention was held there to establish the American Section of the Theosophical Society. Dr. Buck presided over that assembly.

Madame Blavatsky quoted an essay of his in The Key to Theosophy saying, "No living theosophist has better expressed and understood the real essence of Theosophy than our honoured friend Dr. Buck".[10] She also referred to him as "a true Philaletheian" in her book, quoting from an article he published in The Theosophist (September 1883, p. 327) titled "The Ethics of Theosophy."[11]

Dr. Buck conducted a cordial correspondence with Mme Blavatsky, but never met her in person. "In the year of her death, he sailed for London with Mrs. Buck and Annie Besant to make H. P. B.'s personal acquaintance. But while they were on the ocean H. P. B.'s body was deserted by its soul, and the travellers saw nothing on arrival but her empty room"[12]

At the 1893 World's Parliament of Religions, Dr. Buck delivered an address, "Theosophy Historically Considered as Underlying All Religions and Sacred Scriptures - Esotericism in Religions and Philosophies."

In an obituary in The Builder, one of his fellow Masons wrote,

Dr. Buck was an active and influential member of every Rite of our historic Order, holding the highest rank both in the esteem of his Brethren and in the gift of the fraternity --including the honorary Thirty-Third Degree of the Scottish Rite in its Northern Jurisdiction. Indeed, he was a recognized leader of a definite school of Masonic thought and propaganda; and while we have never been able to agree with all the conclusions of the school which he represented, we are none the less appreciative of its services to the Craft--knowing that Truth is larger than the formula of any one school or of all schools put together...

His Masonry, on one side, was a spiritual patriotism in the exposition of which he was truly and impressively eloquent. In behalf of free thought, free conscience, and the sovereign right of man to worship in the way his heart loves best, he was a crusader--as every Mason must be.[13]

This is confirmed in another obituary in the Cincinnati Enquirer:

Dr. Buck's writing and lectures on Masonry for the past 15 years made him known the world over. .. The doctor was thirty-second degree Mason, and was regarded by many as the leading authority in the world on Masonry. He was a member of Avon Lodge, Hanselmann Commandery, Wilsinning Chapter, and the Scottish Rite. He was also a member of the Literay and Cosmic Clubs.[14]

Another Freemason who was a particular friend of his was James Ralston Skinner. In his book Modern World Movements, Buck describes conversations with Skinner about the Hebrew language and correspondence with Madame Blavatsky.[15]

After the death in 1896 of William Quan Judge, Dr. Buck seems to have been disappointed with the direction of the Theosophical movement.

Buck followed Hargrove for a time, and succeeded him as TSA president in 1900. He soon left to join another Judge-lineage group, the Temple of the People, based in Syracuse, New York, but resigned after its headquarters were moved to California in 1903. Buck's final affiliation was with "T.K.," John E. Richardson, and his Masonically-inspired Great Work. Buck died on December 16, 1916, having been disappointed once again as Richardson was publicly exposed as a financial fraud when the Great work organization collapsed earlier that year.[16]

Local newspapers give Buck's date of death as December 13, but it was not recorded in public records until the 16th.[17][18]

Buck contributed Theosophical articles to several journals including The Path, The Theosophist, and Lucifer. The Union Index of Theosophical Periodicals lists 64 articles under the name JD Buck, 5 under J. D. Buck, 4 under JDB, and one under the pseudonym Hiraj (Jirah spelled backward).

In addition he published these books and pamphlets: