UNDER CONSTRUCTION
UNDER CONSTRUCTION
Paul Brunton (October 21, 1898 – July 27, 1981) was a British philosopher, mystic and traveler. He left a journalistic career to live among yogis, mystics, and holy men, and studied Eastern and Western esoteric teachings.

Mr. Brunton wrote of his introduction to Theosophy:

The roots of the story behind my book go back to boyhood, when I found myself taking a keen interest in the subject of Spiritualism. From the very first I quickly developed mediumistic powers, particularly clairvoyance and clairaudience, and thus obtained the best kind of proof of the existence of a psychic world, i.e. by first-hand personal experience, without resort to paid mediums. After I had completely established the truth of survival for myself, I turned to the study of Theosophy and joined the Theosophical Society.

I am grateful for what I learned during this second phase; but after two years’ membership I resigned from the Society. I felt that the adepts who had sponsored its foundation had now withdrawn and left the Society to its own devices. But theosophical study provided my first introduction to Oriental thought, and set me off upon a line of investigation which has become more fascinating still with the passage of time.[1]

Paul Brunton had an early career as a journalist, and also wrote extensively of his experiences in the East.

Brunton's writings have always been of interest to Theosophists. Dozens of reviews of and excerpts from his books have appeared in periodicals, including these listed in the Union Index of Theosophical Periodicals.

A Hermit in the Himalayas

Paul Brunton's books have been very popular, with many printings and translations into Dutch and German. Many are still in print, as well as audio and digital editions. 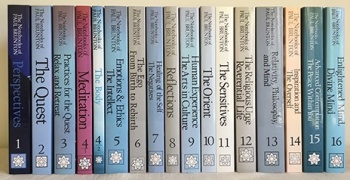