From Theosophy Wiki
(Redirected from Pralayas)
Jump to: navigation, search 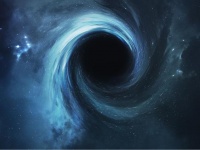 Pralaya (devanāgarī: प्रलय) is a Sanskrit word that means "dissolution" or "melting away" (from laya: "to dissolve" and pra "away"). In Hinduism, it refers to a period where the universe is in a state of non-existence, which happens when the three gunas or qualities of matter are in perfect balance. H. P. Blavatsky defined it as, "A period of obscuration or repose--planetary, cosmic or universal--the opposite of Manvantara."[1]

The idea of pralaya is part of a cyclic model of the universe (present in several Eastern philosophies as well as in Theosophy) where the cosmos is said to appear and disappear regularly within the Absolute Reality:

As the sun arises every morning on our objective horizon out of its (to us) subjective and antipodal space, so does the Universe emerge periodically on the plane of objectivity, issuing from that of subjectivity—the antipodes of the former. This is the "Cycle of Life." And as the sun disappears from our horizon, so does the Universe disappear at regular periods, when the "Universal night" sets in. The Hindoos call such alternations the "Days and Nights of Brahma," or the time of Manvantara and that of Pralaya (dissolution). The Westerns may call them Universal Days and Nights if they prefer.[2]

Pralaya is of four kinds: a) Naimittaka or occasional, b) Prakrittika or elemental, c) Atyantika or absolute, and d) Nitya or perpetual.

a) Naimittika is described as the intervals of Brahma's days, when the sovereign of the world rests in sleep. This involves the destruction of creatures, though not of the substance of the world, occurring during his night.

b) Prakrittika or elemental is when the Mundane egg resolves into the primary element from whence it was derived. It occurs at the end of Brahma's life.

c) Atyantika is individual annihilation or Moksha. Moksha is the exclusion forever from future existence. It is described as the absolute non-existence of the world, is the absorption of the sage through knowledge, into the supreme spirit.

The Bhagavad Gita describes a fourth kind of pralaya:

d) Nitya or the constant dissolution of all that is born. This is the imperceptible change that all things suffer, in the various stages of growth and decay, life and death. The various conditions of beings subject to change are occasioned by that constant dissolution of life, which is rapidly produced by the resistless stream of time, taking everything perpetually away.

Mme. Blavatsky refers to the "popular belief" about the three kinds of pralayas, adding that "for once, it agrees with Esotericism." She explained these pralayas as follows:

There are many kinds of Pralaya, but three chief ones are specially mentioned in old Hindu books. The first is called NAIMITTIKA "occasional" or "incidental", caused by the intervals of "Brahmâ’s Days"; it is the destruction of creatures, of all that lives and has a form, but not of the substance which remains in statu quo till the new DAWN in that "Night". The other is called PRAKRITIKA, and occurs at the end of the Age or Life of Brahma, when everything that exists is resolved into the primal element, to be remodelled at the end of that longer night. But the third, ATYANTIKA, does not concern the Worlds or the Universe, but only the individualities of some people; it is thus individual pralaya or NIRVANA; after having reached which, there is no more future existence possible, no rebirth till after the Maha Pralaya.[3]

The Theosophical view of pralaya is similar in many aspects to that of Hinduism, although there is mention to some other pralayas connected with the teachings about cyclic evolution through rounds and chains.

In one of the The Mahatma Letters by Master K.H.:

There are three kinds of pralayas and manwantara:


When the pralaya No. 1 is finished the universal manwantara begins. Then the whole universe must be re-evoluted de novo. When the pralaya of a solar system comes it affects that solar system only. A solar pralaya = 7 minor pralayas. The minor pralayas of No. 3 concern but our little string of globes, whether man-bearing or not. To such a string our Earth belongs.[4]

A similar classification was offered by Mme. Blavatsky, although she used the word "planetary pralaya" for the "minor pralaya" in the letters, and used the latter denomination for the paralaya between rounds:

Occultism divides the periods of Rest (Pralaya) into several kinds; there is the individual pralaya of each Globe, as humanity and life pass on to the next; seven minor Pralayas in each Round; the planetary Pralaya, when seven Rounds are completed; the Solar Pralaya, when the whole system is at an end; and finally the Universal Maha—or Brahmâ—Pralaya at the close of the "Age of Brahmâ." These are the three chief pralayas or “destruction periods.” There are many other minor ones, but with these we are not concerned at present.[5]

There is also a more general use of this term, described by Mme. Blavatsky as follows:

Pralaya—a word already explained—is not a term that applies only to every “Night of Brahmâ,” or the world’s dissolution following every [minor] Manvantara, equal to 71 Mahayugas. It applies also to each “obscuration” as well, and even to every Cataclysm that puts an end, by Fire or by Water in turn, to each Root-Race.[6]

When a Round is finished life enters into an inter-round nirvāṇa and the globes remain as if in a frozen state:

After a minor pralaya, everything having remained in statu quo—in a refrigerated state, so to say, like the moon—at the first flutter of manvantara, the planet or planets begin their resurrection to life from within outwardly.[7]

Nature, i.e., everything visible and invisible on a resting planet—remains in statu quo. Nature rests and slumbers, no work of destruction going on on the globe even if no active work is done. All forms, as well as their astral types, remain as they were at the last moment of its activity. The “night” of a planet has hardly any twilight preceding it. It is caught like a huge mammoth by an avalanche, and remains slumbering and frozen till the next dawn of its new day—a very short one indeed in comparison to the "Day of Brahmâ".[8]

It is not the physical organisms that remain in statu quo, least of all their psychical principles, during the great Cosmic or even Solar pralayas, but only their Akâsic or astral “photographs.” But during the minor pralayas, once over-taken by the “Night,” the planets remain intact, though dead, as a huge animal, caught and embedded in the polar ice, remains the same for ages.[9]

Called "minor pralaya" in The Mahatma Letters, the planetary pralaya comes with the completion of seven rounds, marking the end of that particular Planetary Chain:

As the new round begins it [globe A] catches the new influx of life, reawakens to vitality and begets all its kingdoms of a superior order to the last. After this has been repeated seven times comes a minor pralaya; the chain of globes are not destroyed by disintegration and dispersion of their particles but pass in abscondito. From this they will re-emerge in their turn during the next septenary period. . . The minor manwantara is composed of seven rounds, 49 rings and 7 obscurations.[10]

The new planetary chain that appears with the new minor manvantara will resume the evolution in the place where it was left off when the pralaya set in:

In the minor pralayas there is no starting de novo — only resumption of arrested activity. The vegetable and animal kingdoms which at the end of the minor manwantara had reached only a partial development are not destroyed. Their life or vital entities, call some of them nati if you will — find also their corresponding night and rest — they also have a Nirvana of their own. And why should they not, these foetal and infant entities. They are all like ourselves begotten of the one element.[11]

A solar pralaya comes when seven Planetary Chains have been accomplished:

Within one solar period (of a p[ralaya]. and m[anvantara].) occur seven such minor periods [rounds], in an ascending scale of progressive development. . . . The solar period [is composed] of 49 rounds.[12]

With the solar pralaya the globes constitution the last planetary chain are dissolved:

When strikes the hour of the solar pralaya — though the process of man's advance on his last seventh round is precisely the same, each planet instead of merely passing out of the visible into the invisible as he quits it in turn is annihilated. With the beginning of the seventh Round of the seventh minor manwantara, every kingdom having now reached its last cycle, there remains on each planet after the exit of man but the maya of once living and existing forms. . . . The string of worlds is destroyed and vanishes like a shadow from the wall in the extinguishment of light.[13]

Regarding the fate of the Monads evolving through the different kingdoms Master K.H. wrote:

With every step he takes on the descending and ascending arcs as he moves on from Globe to Globe the planet left behind becomes an empty chrysaloidal case. At his departure there is an outflow from every kingdom of its entities. Waiting to pass into higher forms in due time they are nevertheless liberated: for to the day of that evolution they will rest in their lethargic sleep in space until again energized into life in the new solar manwantara. The old elementals — will rest until they are called to become in their turn the bodies of mineral, vegetable and animal entities (on another and a higher string of globes) on their way to become human entities (see Isis) while the germinal entities of the lowest forms, and in that time of general perfection there will remain but few of such — will hang in space like drops of water suddenly turned to icicles. They will thaw at the first hot breath of a solar manwantara and form the soul of the future globes. . . . The slow development of the vegetable kingdom provided for by the longer inter-planetary rest of man. . . . When the solar pralaya comes the whole purified humanity merges into Nirvana and from that inter-solar Nirvana will be reborn in higher systems.[14]

When the Universal pralaya sets in everything enter in Parinirvāṇa, in what is known as "the Day Be-With-Us":[15]

In Paranirvana — when Pralaya will have reduced not only material and psychical bodies, but even the spiritual Ego(s) to their original principle — the Past, Present, and even Future Humanities, like all things, will be one and the same. Everything will have re-entered the Great Breath. In other words, everything will be ‘merged in Brahma’ or the divine unity.[16]

Not even Esoteric philosophy can claim to know, except by analogical inference, that which took place before the reappearance of our Solar System and previous to the last Maha Pralaya.[17]

When talking about chronology of evolutionary cycles, H. P. Blavatsky frequently used the Hindu one, claiming that it is the closest to the occult chronology. Thus, she explained that the Naimittika pralaya or Night of Brahmā lasts approximately 4,320,000,000 years, while the pralaya at the end of an Age of Brahmā (Maha-Kalpa) lasts for about 311,040,000,000,000 years.[18]