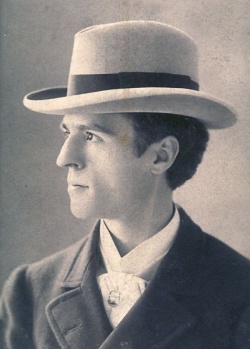 Walter Gorn Old (March 20, 1864 — December 29, 1929) was born Walter Richard Old, and adopted the middle name from Gorn (also spelled Gorm), a Danish king from whom he was descended. During his long career as an astrologer, he used the pen name Sepharial. In August 1890, he became a member of H. P. Blavatsky's Inner Group in London.

Walter Richard Old was born March 20, 1864 in West Bromwich, Staffordshire (now West Midlands), England[1]. He officially changed his name to Walter Gorn Old on April 19, 1895. On June 23, 1896, he married Marie Katherine Susanna Moore who shared his interest in the occult.[2][3] The couple had at least six children – daughters Cynthia, Iris, Ivy, Averil, and Barbara, and a son, Walter R. Gorn Old – whom Mr. Old supported as a "literary author," living mostly in London.[4]

On December 29, 1929, Walter Old died of a cerebral hemorrhage in Hove, England.

Rev. B. Old, brother of Walter, recalled an experience the latter had when living with Mme. Blavatsky:

He [Walter] had been thinking about some astrological problem and came into the sitting-room looking serious and harrassed. H.P.B. and I were having a chat; she evidently sensed something from my brother, so in a masterful way directed him to sit down on the sofa and rest himself. The she turned to me and softly said: "Don't be alarmed, I am going to show him what he wants to know." She only touched his thumb with the ring she had upon her finger, and he instantly fell asleep as in a trance, just as one sees a sensitive go into a trance during a performance of hypnotism. In a very short time, he was awakened and she said to him, "Do you understand what you saw?" He said, "Yes, and it is the answer to my astrological problem in Hebrew letters of fire." "Yes," she said, "that is right. But at present you must not go over by yourself." Then she again turned to me and said that she had been away from her body three times during my brother’s trance or sleep.[8]

On Thursday, May 19th, 1887, the Blavatsky Lodge was founded. Old served as its Vice-President for the year 1889 and was re-elected on Jan. 2nd, 1890 for another year. On Dec. 18th, 1889, at a meeting held at 17 Lansdowne Road, Old was elected as the first General Secretary of the newly formed British Section. He was a member of the Esoteric Section. Along with Miss Laura Cooper and Claude Falls Wright, Old was present when H.P.B. passed away. At the first Annual Convention of the Theosophical Society in Europe on July 9th -10th, 1891, Old was appointed Assistant Secretary to G. R. S. Mead, Secretary. He was also elected as Librarian of the Headquarters Library. Old gave lectures on astrology and contributed to the Questions and Answers section of The Vahan. He was a student of the Kabala and of medicine. He wrote the preface to H.P.B.'s Gems of the East — a Birthday Book of Precepts and Axioms.[9]

Old was a member of the household at 19 Avenue Road, the house of Annie Besant where H.P.B. lived in her final months. When Blavatsky formed her Inner Group in July, 1890, Old was one of the twelve men and women who studied with her. Along with Miss Laura Cooper, Claude Falls Wright, and Miss Black, the nurse, Old was at H.P.B.'s bedside when she died of influenza on May 8, 1891.[10]

In November 1892, he travelled to India to work at the Headquarters and contributed to the pages of The Theosophist.[11]

During his time at Adyar, Mr. Old also lectured in the Indian branches:

Madanapalle. - Mr. Old visited the Branch on July 12th and remained nearly a week. During this time he delivered two lectures, one on the "Ethical Basis of Theosophy"; the other, "Vindication of Yoga." The meetings were presided over respectively by the District Munsiff and Tahsildar[12]

Mr. Old also presided over a meeting of the boys of the Theosophical class attached to the Branch. This visit to the Branch will have a lasting effect for good.

While still using the name Walter R. Old, he was one of the earliest librarians in the Adyar Library. His name appears frequently in early issues of The Theosophist, in brief notices about the library, such as this:

ADYAR LIBRARY.
The undersigned acknowledges with thanks the receipt of a copy of Manira S'âstra from the Hon. S. Subramania Iyer; also the gift of Rs. 30 to the Adyar Library Fund from Mr. R. Sorria Row Naidu, Masulipatam. 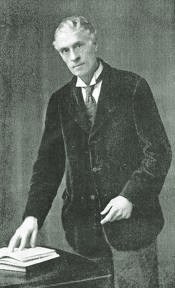 In 1894-1895 the Theosophical Society was embroiled in a controversy that Mr. Old made public, thereby worsening the situation: In August 1893 both Old and Edge were suspended from their membership in the E.S.T. for violating their pledge of secrecy because of their article "THEOSOPHIC FREETHOUGHT" which appeared in The Theosophist. Old, upset with Annie Besant's comments at the General Council meeting held July 7th, 1894 and how that meeting turned out, decided to send his statement of alleged facts to The Westminster Gazette with the intent of exposing Mr. Judge as a fraud, which he thought Mr. Judge was, according to the copied evidence he had. It was this letter of alleged facts published in November 1894 that re-started the whole Judge Case controversy.

Old became very unpopular within the theosophical movement after the Westminster Gazette item. It was apparently reported in the November 12th, 1894, Westminster Gazette that he had also resigned, but this seems doubtful because of his letter which appeared in the December issue of Lucifer. In his undated letter to the Editor, he refers to a note of Nov. 15th which appeared in the previous issue in the "Watch-Tower". He goes on to state: "I am still working for the Society, and I retain the fullest confidence in its power to outlive all troubles that are honestly faced."

In a letter to Mrs. Fielding, January 31st, 1939, Sydney H. Old commented on his brother. "It is a matter of keen regret that in 1894/5 my brother (the astral tramp ["H.P.B.used to call him 'the astral tramp,' on account of his habit of 'roaming about in his astral body at night,' as she put it.']) should, after all his experience with H.P.B. have been partner to those articles in the Westminster Gazette and the publication of that booklet by Edmund Garrett entitled 'Isis Very Much Unveiled'. He seemed after that to slump in T.S. work, got married, and ended his career as a strong advocate of the Four Square Gospel of Aimee Semple Macpherson." On September 13th, 1929, three months before he died, he announced at a meeting "I have spent all my life and travelled half way round the world in search of the truth. Today I have found it...in the simple Gospel of Jesus Christ which I learned at my mother's knee".[15]

Career as an astrologer

Old was a prominent practitioner of astrology. In The Theosophist he published the horoscopes of Mme. Blavatsky, Colonel Olcott, and Annie Besant. He also contributed to periodicals for astrologers such as The Sphinx, The Horoscope, and the British Journal of Astrology. The Evening News of London would publish his annual predictions for the coming year.

He was also noted for his proposal of a second moon of Earth that he called Lilith.

Old was a prolific writer of books and articles. The Union Index of Theosophical Periodicals lists 19 articles by or about Walter R Old. Another 43 articles also appear under the pseudonym Sepharial, and most of those deal with astrology. He also wrote books and pamphlets. These are listed under the author name on the title page of the first edition, if known; later editions often used Sepharial.

Preface to Gems from the East

Old also composed the "Preface" to H.P. Blavatsky's Gems from the East:

Few words will be needed by way of preface to these "Gems from the East."

At a time when Western minds are occupied in the study of Oriental Literature, attracted possibly by its richness of expression and marvelous imagery, but no less by the broad yet deep philosophy of life, and the sweet altruistic doctrines contained therein, it is thought seasonable to present the public with a useful and attractive little volume such as this.

The Precepts and Aphorisms, compiled by "H.P.B.," are culled chiefly from Oriental writings considered to embody, in part, teachings which are now attracting so much attention in the West, and for the diffusion of which the Theosophical Society is mainly responsible.

As far as possible we have endeavoured to make the volume attractive, handy, and useful to all.

It contains a Precept or an Axiom for every day in the year; lines of a Theosophical nature, selected from sources not invariably Oriental, preface each month; and the whole is embellished with drawings from the pen of F. W., a lady Theosophist.

It is hoped that our efforts will meet with approval from all lovers of the good and beautiful, and that they may not be without effect in the cause of TRUTH.

W.R.O. "THERE IS NO RELIGION HIGHER THAN TRUTH"