Difference between revisions of "A. J. Hamerster" 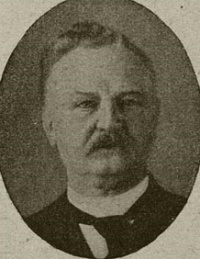 A. J. Hamerster (1883-1951), was a Dutch Theosophist active in the Theosophical Society based in Adyar, India. He was a government official in the Dutch East Indies, in the Government Financial Affairs bureau. He used the pen name James Arthur, and was also known as M. Bhikshu Arya Asanga or Arya Asanga (presumably in tribute to the historical Arya Asanga).

Hamerster lectured at lodges in the Dutch East Indies. He met C. W. Leadbeater in 1926 in Australia, and corresponded with him. Later Hamerster was asked to lecture about Leadbeater's life, and to publish the lecture in a publication of the Order of the Star. He bound the biographical notes and left the volumes in the Adyar Library.[1]

Hamerster served as international Treasurer of the Society during the early 1930s, and around that time became a Buddhist monk in Ceylon. In 1937 he was appointed by George S. Arundale to succeed Anna Kamensky as head of the International Centre in Geneva, Switzerland, where the Society hoped to influence the League of Nations.[2] He later worked as Joint Director and Curator of the Western section of the Adyar Library and Research Centre.

Under the name "Arya Asanga" he wrote introductions to several editions from the Theosophical Publishing House: