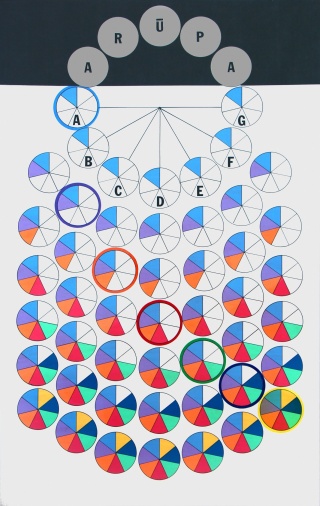 Chains and Rounds are evolutionary cycles in which the Monads of the different kingdoms of nature, from elementals to human beings, engage.

Our planet is part of a larger evolutionary scheme called Planetary Chain, which is comprised of seven globes. These globes exist on the four lower planes of the cosmos. Earth is the fourth globe, and is positioned at the lowest point in the cycle, being the most material globe of the chain. Monads begin evolving on the first globe, which is positioned on the highest plane. They gradually descend through the second and third globes, until they reache the Earth. After finishing their evolutionary cycle on Earth, the Monads pass on to the next globe on a higher plane, and continue to ascend until they reache the last globe on the highest plane. This completes one Round of evolution. A Planetary chain consists of seven Rounds, after which it is destroyed.

This article offers a brief and general description of the subject of chains, rounds, globes, and root-races. For more detailed information please consult the individual articles. 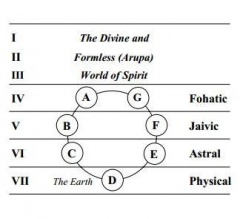 A "Chain" (also known as "Planetary Chain)" is a group of seven related worlds (also known as "spheres" or "globes") through which an evolutionary cycle takes place. A particular planetary chain lasts for seven rounds or cycles of evolution. When the last round is over, all the globes begin to dissolve and, after a period of rest, the life impulse passes on to a new planetary chain.

A "Round" is a cycle of evolution around the seven globes of a particular planetary chain. Once a round finishes the life impulse goes into pralaya that lasts as long as the whole round did. At the end of this, the life impulse re-awakens and a new round begins.

Everything in the metaphysical as in the physical Universe is septenary. Hence every sidereal body, every planet, whether visible or invisible, is credited with six companion globes. The evolution of life proceeds on these seven globes or bodies from the 1st to the 7th in Seven ROUNDS or Seven Cycles.[1]

While in a particular globe, the life-impulse goes through seven evolutionary cycles that are called World-Periods or Rings, and Root-Races in the case of the human kingdom. These cycles succeed each other.