Difference between revisions of "Franz Hartmann" 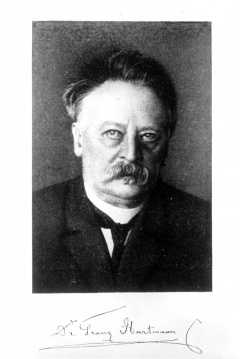 Franz Hartmann (November 22, 1838 in Donauwörth, Bavaria; August 7, 1912 in Kempten im Allgäu) was a German medical doctor, Theosophist, occultist, astrologer, and author. His works include several books on esoteric studies and biographies of Jakob Böhme and Paracelsus. He translated the Bhagavad Gita into German and was the editor of the journal Lotusblüten. He was at one time a co-worker of H. P. Blavatsky and H. S. Olcott at Adyar. In 1896 he founded a German Theosophical Society.

When Franz was about one year old, his parents (his father Dr. Karl Hartmann, was a well-known physician; his mother, Elize von Stack, was of Irish descent) moved to Kempten in Southern Bavaria, where his father had been appointed Government physician. Franz was educated there, first under the guidance of his grandfather who had served the French army under Napoleon, and later in the local public school.

Even when he was very young, Franz Hartmann felt as if he had two distinct personalities in him: one was a mystic, a dreamer and an idealist, while the other was obstinate and self-willed, inclined to all sorts of mischief. He loved solitude, shunned the company of schoolmates, and reveled in the midst of nature, where intercourse with the spirits of nature was to him a very real thing. He was educated in the doctrines of the Roman Catholic Church and his mind was influenced at first by its ceremonies, but none of the priests could give him any satisfactory explanation about the mystery and power back then. He was also interested in natural sciences, especially chemistry, and languages.[1][2]

At the age of 21 he volunteered for the Bavarian artillery and took part in the war between Austria and Italy in 1959. He then studied medicine and became a physician in 1859. As a student he excelled but he also enjoyed dueling, drinking and other amusements. He emigrated to America in 1865 and became an American citizen in 1867. He traveled around the U.S. and Mexico and worked as a doctor, first in St. Louis and then in New Orleans.

During his travels, Franz Hartmann deliberately associated himself with people of various religious backgrounds. He boarded a whole year in the house of a Jewish Rabbi. He had come to realize the utter emptiness of Christian beliefs, especially among the Protestants.[3]

He was beginning to show an interest in spiritualism, studying the events and life of a medium in Denver.  He saw firsthand the dangers of the occult, as the medium became increasingly under the power of the channeled spirit, and eventually slipped into madness.  As his interest in spiritualism continued to develop, he visited a number of American Indian tribes to research their religious beliefs, and at some point was active in the Spiritualist circles of New Orleans.[4]

Leaving the world of travel and spirits for a time, he married a woman from Texas, where they resided on her ranch. It was short lived however, as she died within months. In 1879 he went to Colorado and settled for the time being at Georgetown, feeling very much at home in the Rocky Mountains. During that time, he learned about Theosophy, coming across a copy of A. P. Sinnett’s book The Occult World. He contacted Col. H. S. Olcott, a correspondence ensued, and Col. Olcott invited him to the Theosophical Society's headquarters in Adyar. Before leaving for India he stopped at Salt Lake City to study the life of the Mormons, and then proceeded to San Francisco where he fell desperately in love. A serious inner struggle ensued, but at last the desire for occult knowledge gained the upper hand. Hartmann left California on October 11, 1883 on board the SS Coptic.[5][6]

According to the Reader’s Guide to the Mahatma Letters to A. P. Sinnett,[7] he arrived in Adyar on December 4, 1883 and in February 1884, when the Founders left for Europe, he was appointed chairman of the newly created Board of Control to manage the affairs at headquarters during their absence. The "Coulumb conspiracy" came to a head while he was serving in that capacity, but he remained loyal to the TS and the Founders throughout. Later, he published a Report of observations Made During a Nine Months' Stay at the Headquarters of the Theosophical Society, which is said to be unsurpassed historically because of its objectivity and honesty. Hartmann did play a significant part in that drama. He was an unusual man and the Masters did show interest in him. As far as is known, he received at least ten letters from them, which have been preserved only partially.[8]

Dr. Hartmann left India with H.P.B. and her small party in March 1885 and after H.P.B. and her party had reached Europe, Dr. Hartmann remained with her at Naples and at Torre del Greco. When H.P.B. moved to Würzburg, he first went to Munich, to see his sister, Countess von Spreti, then to Kempten, in Bavaria, to visit his relatives and to have a look at the place where he had spent his youth.
Subsequently, he visited H.P.B., both at Würzburg and in London before she passed away. There was a time after the drama at Headquarters H.P.B had her doubt about Hartmann but in the letter she wrote him on April 3, 1886 she told him the “Master’s voice told me I was mistaken in you and had to keep friends”.[9]

Dr. Hartmann longed to go back to America but when he was almost ready to leave he made the acquaintance of an occult student who was the leader of a small body of real Rosicrucians and decided to stay in Kempten to study with a group of mystical students, most of whom were poor people, without scholastic education of any kind, but had experienced within themselves some genuine spiritual conditions. Much of what Hartmann wrote in his later books was based on instructions he received from these people.[10]

He had the opportunity to see Mahatma M. in his astral form:

On the evening of December 4, 1883, I arrived at Madras and was kindly received by Mr. G. Muttuswami Chettyar, who conducted me to his carriage, and away we went towards Adyar, situated in a suburb of the city of Madras, about six miles from the landing place of the steamer.

Before retiring to rest, I expressed a desire to see the pictures of the Mahatmas, these mysterious beings, superior to man, of whom I had heard so much, and I was taken upstairs, to see the "shrine" in which those pictures were kept. The pictures represented two men with oriental features and in corresponding dress. The expression of their faces was mild and yet serene.

[Some time later] I [saw] Mahatma [Morya] in his astral form. He appeared to me, accompanied by the astral forms of two chelas. His presence left an exhilarating and elevating influence, which did not fade away until several days after.[11]

Even though Sven Eek has written that at least ten letters were sent by the Mahatmas to Dr. Hartmann, only two have been published. During 1884, when Hartmann was involved with the Board of Control and the Coulomb affair, he received two letters of guidance from Mahatma Koot Hoomi, or K.H.

In Letter 28 of Letters from the Masters of the Wisdom First Series, K.H. writes about the qualities that make Damodar valuable.

In Letter 73 of Letters from the Masters of the Wisdom Second Series, K.H. dicussses how best to work with Madame Coulomb.

In 1888, Hartmann travelled for a while in the U.S.A. but returned soon to his home country. In 1893 he became the editor of Lotusblüten which appeared between the years 1893-1900, containing sixteen volumes. It was later revived under the title of Neue Lotusblüten (1908-1912, five volumes). [12]The issues of these periodicals contain many interesting articles from able writers, besides Hartmann’s own essays, some of which later appeared in book-form. 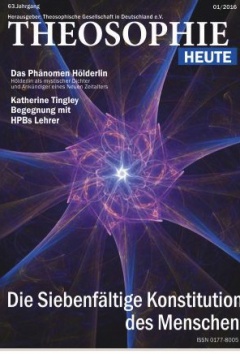 Around the turn of the century, Hartmann was living in Austria and was then Director of a sanatorium for tuberculosis. At the time of the so-called “split” in the Theosophical Society, he identified himself with the American Organization headed by William Quan Judge, known then under the name of the Theosophical Society in America. After Judge’s death in 1896, he supported for a while the activities of Katherine Tingley, and was elected, August 1896, President of a Theosophical Group founded by her in Germany while on a round-the-world trip. His association with Katherine Tingley did not last, however, and he soon disbanded the group, and founded in Munich on September 3, 1897, a body known as the Internationale Theosophische Verbrüderung, on lines which he considered to be closer to those indicated by H.P.B. in the early days. It was under the jurisdiction of a three-member Council, the Doctor himself remaining until his passing the Corresponding Secretary of the group. A year after the founding, the seat of this group was transferred to Leipzig.[13]

The Society is still active today under the name Theosophische Gesellschaft in Deutschland e.V., holding summer conferences in Calw, Germany and other events in Berlin, Dresden, Gelsenkirchen, and Heidelberg. They have their own website with general information about the Society and the goals of Theosophy. Anybody who is interested can apply for membership. The yearly fee is 30 Euro.[14]The Society publishes the magazine "THEOSOPHIE HEUTE" (Theosophie Today) three times a year.[15] They also have a library in Heidelberg where members and non-members can borrow books.[16]

Magical Healing from a Distance 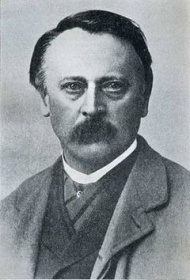 In his autobiography Hartmann shares a personal experience with Dr. J. R. Newton, [17] a spiritual healer who amongst scholars today remains almost completely unknown but who was in the 1860s and 1870s one of the most celebrated and widely recognized non-medical healer of his day. [18] He explains, that Dr. Newton “performed unbelievable medical cures of people who turned to him by writing letters, who he never saw and without any external remedies, simply through his mental will".[19]”. Hartmann had been suffering for 36 years from a skin disease, most likely psoriasis, which was a huge burden in his life which kept him from getting any sleep. He had consulted numerous medical authorities in Europe and America but nobody could help him and eventually he started using chloroform and chloral to get a few hours of sleep every night. He decided to write Dr. Newton a letter and one night he sat at around 8:00 on the veranda of a farm close to an Indian tribe and described what followed: “I suddenly felt an electric shock run through my limbs and at the same moment I had the inner conviction that this was the magic healing power of Dr. Newton. The following night was the first in which I had peace and from that moment on I was completely healed". [20]”. Shortly afterwards he received a letter by Dr. Newton who told him the exact time (which overlapped with the described occurrence) who had written that he had sent him a mild electric shock which would be sufficient to heal him.

Hartmann was one of the most prolific writers on occultism of his time. The Union Index of Theosophical Periodicals lists 272 articles by or about Hartman. In 1884/1885, Hartmann published in The Theosophist several articles published under the pseudonym "American Buddhist" or "AB." Among these is the series "Practical Instructions for Students of Occultism," which formed the basis for his book, Magic, White and Black.

He was the author of the following books: