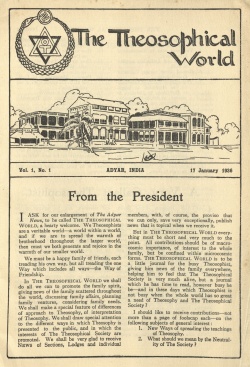 This periodical is not represented in The Union Index of Theosophical Periodicals[1].