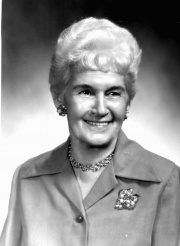 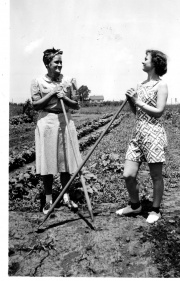 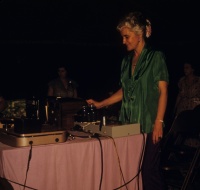 On returning from India, she toured American lodges, giving public lectures on India and talks to members on Adyar, using films and slides.[12] Once again she became National Secretary. "Ann was the quintessential National Secretary, utterly selfless and devoted to the society."[13]

Later in 1975, she became head of the Krotona Institute of Theosophy, and served as Vice President as well. Dora Kunz was elected President of the Theosophical Society in America. In 1978, although nominated for Vice President by 104 people, Ann chose not to continue in that office.[16]

"When she became Vice-President of the Krotona Institute of Theosophy in 1975 she gave a new impetus to the Centre."[17] "On 11 October 1991, Ann Kerr Greene passed away peacefully in her home at Krotona, California... Many will remember her with admiration and deep affection."[18] She outlived Oliver Greene, who passed on February 7, 1989 in Ojai after teaching for many years at Krotona.[19] Mrs. Greene had served the Society for 67 of her 86 years of life.[20][21]