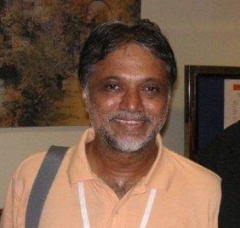 Chaganti V. K. Maithreya is an Indian Theosophist who is a candidate for 2014 election to the Presidency of the Theosophical Society based in Adyar, Chennai, India. He is running against American Tim Boyd.

At different times, he has been the President of the Vasanta Youth Lodge, Adyar Lodge, Madras Theosophical Federation and Theosophical Order of Service, Chennai Region. He was a member of the Indian Section Council and he is on the National Board of the TOS, India. He has been involved with Co-Freemasonry and was the Chief Knight of the Round Table, India and Knight Counsellor on its International Senior Council.