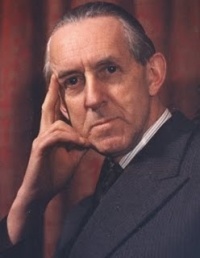 Travers Christmas Humphreys (February 15, 1901 – April 13, 1983) was a British judge, author, publisher, Theosophist and Buddhist. He formed the Buddhist Lodge of the Theosophical Society and in 1924 he co-founded the London Buddhist Society, which was to have a seminal influence on the growth of the Buddhist tradition in Britain.

Christmas Humphreys was born in London in 1901, and originally trained as a lawyer. Justice Christmas Humphreys made quite a career for himself, serving as Senior Prosecuting Counsel at the Old Bailey, the London criminal courts, and eventually sitting as a Circuit Judge from 1968 until his retirement in 1976. Parallel with this carrier he cultivated his interest in Theosophy & Buddhism, and in 1924 co-founded the Buddhist Society, London, now one of the largest and oldest Buddhist organisations outside of Asia. As a publisher to the Buddhist Society, he was responsible for its wide range of publications, including six of his own.[1]

Christmas Humphreys was a friend of E. T. Sturdy, a member of the Theosophical Society and student of Mme. Blavatsky. In the late 1880's HPB dictated a Diagram of Meditation to Mr. Sturdy, who later gave it Mr. Humphreys. The Diagram was first published by him in the Nov/Dec. 1942 issue of Buddhism in England (later renamed The Middle Way, in which journal was reprinted in May/June 1944).