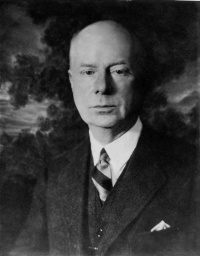 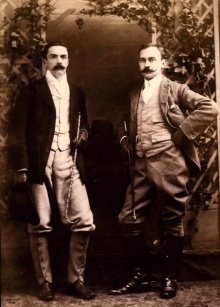 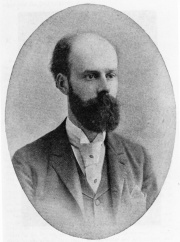 TO BE EXPANDED
TO BE EXPANDED
When Blavatsky formed her Inner Group in July, 1890, Wright was one of the twelve men and women who studied with her. Along with Miss Laura Cooper, Walter Gorn Old, and Miss Black, the nurse, he was at H.P.B.'s bedside when she died of influenza on May 8, 1891.[1] Wright "knelt beside her holding her left hand, and as she passed away took the ring from off her fourth finger."[2]

An 1896 newspaper sketch mentioned Wright as a possible candidate for office in the Theosophical Society in America following the death of William Quan Judge.

Claude Falls Wright will be one of the chief personages at the gathering, and may prove a dark horse. Should he consent to being nominated he might be elected to almost any office, from president down. Though only twenty-nine years old, he is believed by many to possess strange powers, but he transforms himself into a veritable sphinx when approached on the subject.

Like the late Mme. Blavatsky he is constantly doing things calculated to dumfound conventional people. He hates conventionalism. His hair and beard are a shade of red which produces an almost luminous effect. His fund of learning is prodigious. he is quiet, refined and mild looking and has a habit of making a good impression on people and then of shocking them by eccentricities believed to be deliberate. he eats only one or two meals a day, always little, and things nothing of sitting at his desk eighteen hours at a stretch. He has lectured in almost every State in the Union. He is the author of 'Modern Theosophy' and of innumerable articles and papers.

Mr. Wright is a native of Dublin. He studied for the ministry, then applied himself to civil engineering and wound up by studying surgery at the Royal College of Surgeons, Dublin. A remarkable incident brought him into the Theosophical Society. He was calling on a young lady in Dublin one evening when she suddenly fell at his feet and went into a trance.

She said that she had a message to deliver, and that she was instructed to say that he was to go to me. Blavatsky in Lond and work for theosophy. He packed up at once. Mr. Wright is a first cousin of Dr. Edward Wright, Librarian of the British Museum. His mother is a daughter of Lady Salkeld, and his father was a cousin of General Falls, of Crimean fame. [3]

Boris de Zirkoff wrote of him and Leoline in 1957:

He and his wife, Leoline Leonard Wright, accompanied Katherine Tingley on her first tour around the world, leaving New York June 13, 1896. Claude was at the time member of the Executive Commmittee of the Theos. Soc. in America, of which Mr. E. T. Hargrove was President then. Claude was in Point Loma and participated in the Ceremonies of the laying of the Corner Stone of the School for the Revival of the Lost Mysteries of Antiquity, Feb. 23, 1897. He spoke, taking his title "H. P. Blavatsky." I know his widow very well; she is very old now; lives in San Diego with her married daughter and family; address is 3667 Jackdaw, San Diego 3, Calif. Claude drowned somewhere in Central America or Mexico. They had a son, but he lost his mind and has been in an Institution for years and years. Mrs. Wright might be as much as 87 now.[4]

Mr. Wright wrote a few articles that are listed, along with mentions of his activities, in these Theosophical periodicals. His book is available online: