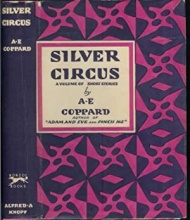 CFB was admitted as a member of the American Theosophical Society on ............. He was always a very active member at local and national levels. He served on the American Editorial Committee for The Theosophist, along with H. Douglas Wild and Fritz Kunz.[9]

Much in demand as a lecturer, Bragdon spoke at many lodges in North America, such as Toronto, Hartford, and Buffalo; and in other venues like the International Hindustani Society and the Mecca Temple in New York. For many years his center of activity was New York City, where he frequently lectured at the lodges and at the New York Theosophical Federation. Topics were wide-ranging, such as yoga, mysticism, science, music, the fourth dimension, the machine age, education, and Emerson.

Genesee Lodge worked with Rochester Lodge to draw high-caliber lecturers such as Irving S. Cooper and L. W. Rogers for public lectures and member classes.[10] Genesee was able to purchase a headquarters building in 1915, and established a policy that no other organization could rent space in it. "It was thought best to take no risk of giving the public the impression that Theosophy is allied to Rosicrucianism, New Thought or any other organizations however occult or progressive."[11] Bragdon was creative and successful in his efforts to increase lodge membership. In addition to lecturing for civic groups like the Century Club, he placed copies of some of his Theosophical writings in every hotel room in Rochester.

As I look out my office window a car stops at our gateway, as cars often do, while its occupants read the bronze plaques on its pillars, moving from the one to the other to read the whole of the statements they contain as to the founding, the Founders and the principles. The car passes on, but our Headquarters has made its impression; the breadth and dignity of our principles have sown seed. [12]