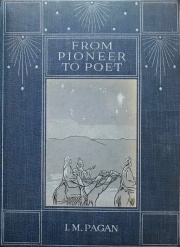 Isabelle Pagan was admitted as a member of the Theosophical Society in Lausanne, Switzerland on October 28, 1902, along with her sister Jeanie Eleanor Pagan.[6] They transferred their memberships to Edinburgh, Scotland.

Her book From Pioneer to Poet, published in 1911, is still regarded as a valuable and innovative contribution to astrology. It is often cited as the antecedent to Linda Goodman's Sun Signs (1968), the first best-selling astrology book.

Miss Pagan was described as an excellent and engaging writer.