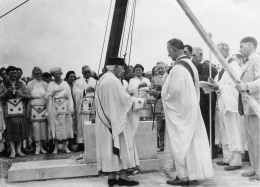 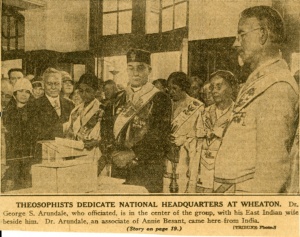 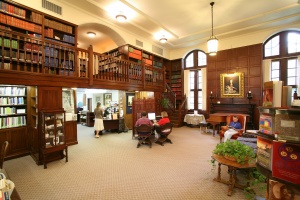 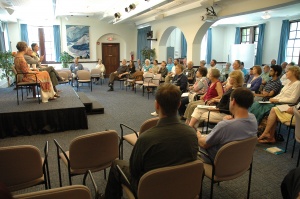 The anteroom to the auditorium is an art gallery with exhibits changed quarterly.