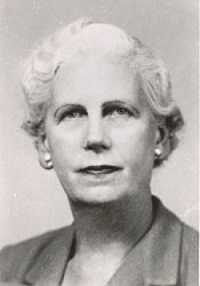 Phoebe began working closely with Dr. Bendit in 1937. Her first book, Man’s Latent Powers, was published in 1938. As she did throughout her life, she approached the topic matter-of-factly, rejecting sensationalism and simply presenting what she had learned through her own experience as well as her work with other people. Much of the book is based on her studies of séances and spiritualism, which of course were very popular during the early 20th century. While she occasionally encountered intentional fraud (a case of the few giving a bad reputation to the many), the vast majority of the mediums she studied were genuine, although with varying levels of ability. The book's later chapters discuss some of the issues associated with being psychic, as well as the need -- and the methods -- for anyone who is psychically gifted to take care of themselves.

Phoebe Payne and Dr. Laurence Bendit, a psychiatrist with theosophical and Jungian leanings, were married in 1939. They wrote several books together, the first of which was entitled The Psychic Sense and which was published in 1943 by Faber & Faber Ltd (London). This very interesting book not only describes the psychic sense, it also looks at accompanying psychological issues, touches on the history of psychic phenomena, and discusses possible physical mechanisms for such experiences.