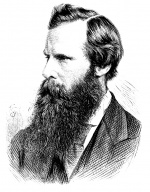 Sir William Crookes (1832-1919) was an English physicist and chemist, and an early member of the Theosophical Society. His professional work centered on spectroscopy, vacuum tubes, cathode rays, radioactivity, and invention of the radiometer. He was knighed in 1897, and was president of the Royal Society. 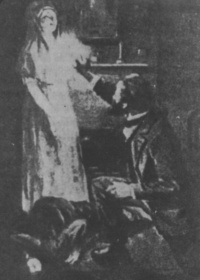