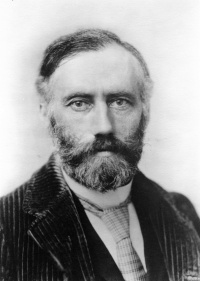 William Quan Judge was one of the principal Founders of the Theosophical Society in 1875. He provided superb leadership to the American Section until his untimely death in 1896, but left a body of writings that are among the clearest explications of the principles of Theosophy. See Judge writings.

WILLIAM QUAN JUDGE, was born in Dublin, 1851. He was brought up a Methodist, but early showed strong occult tendencies. The family migrated to New York, 1864. Judge became a naturalized American citizen at 21. He worked as a clerk at an early age as he had to be self-supporting. he married in 1874, and had one daughter who died of diphtheria, 1876. At the time of the formation of The Society he was a law clerk in the office of the U.S. Attorney for the S. District of New York. He was later admitted to the Bar, and made a speciality of Commercial Law. He was modest, unassuming, eager for occult instruction and ready to work. Though at first H.P.B. objected to Judge becoming a Councillor, yet he won her friendly regard and kept it. He developed leadership, and became one of the most important figures in The Society. Then difficulties arose, and he led the secession of the majority of American Lodges, 1895. He passed away 1896.[1] 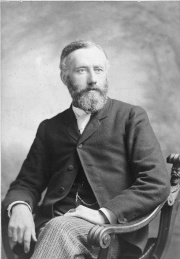 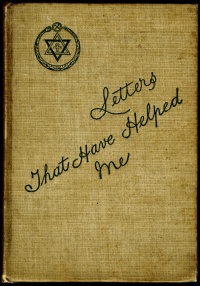 Foundation of the Theosophical Society

William Quan Judge served as editor of the periodical, The Path, from 1886-1896. Quoting from the first issue, April 1886, Judge gives a reason for producing the publication: "to try on the one hand to point out to their fellows a Path in which they have found hope for man, and on the other to investigate all systems of ethics and philosophy claiming to lead directly to such a path, regardless of the possibility that the highway may, after all, be in another direction from the one in which they are looking."

Mr. Judge conducted an extensive correspondence with Madame Blavatsky, Colonel Olcott, A. P. Sinnett, Josephine Cables, and other members of the Theosophical Society. Many were published in The Theosophist and The Path, in these compilations:

The William Q. Judge Library is at the headquarters of the Temple of the People in Halcyon, California. B. P. Wadia established the William Quan Judge Cosmopolitan Home for university students at the Indian Institute of World Culture. It was a hostel based Theosophical principles.[2]

Many colleagues have written of Judge:

Some little time elapsed before I learned to recognize, under that quiet and rather insignificant exterior, the wisdom, the practical common sense, the humor and the independence of the man. Day by day I learned to know him better, and to trust him more...

To the mystical element in the personality of Mr. Judge was united the shrewdness of the practical lawyer, the organizing faculty of a great leader, and that admirable common sense which is so uncommon a thing with enthusiasts. . . . And blended with the undaunted courage, the keen insight, the endless patience, that made his personality so powerful, were the warm affections, the ready wit, the almost boyish gaiety that made it so lovable.[3]

Mercury, the journal of the American Section of the Adyar Society published this gracious and conciliatory obituary:

On 21st of March William Q. Judge quitted this sphere of activity. The news saddened all for every heart kept a shrine sacred to the well-beloved co-worker of H.P.B. We remember only his virtues, which were many, his talents which were great, and we know that the good he did for the many years he labored as the Vice-President of the T. S. and Secretary of the American Section will bless his name for all time. All honor to his memory.[4]

Annie Besant wrote in the June, 1909, issue of The Theosophist:

William Quan Judge [was] a much loved friend and pupil of H.P.B. and the channel of life to the American Branch of the T.S. A highly evolved man, with a profound realization of the deeper truths of life, he built up the Society in America from small and discouraging beginnings. No difficulties daunted him, and no apparent failures quenched his fiery devotion... He was beside H.P.B. through those early days, saw the exercise of her wonderful powers, and shared in the founding of the Theosophical Society. And throughout the remainder of her life on earth the friendship remained unbroken, and during the later years she regarded him as her one hope in America, declaring that, if the American members rejected him, she would break off all relations with them, and know them no more... His real work, the spread of Theosophy in America, was splendidly performed, and his memory remains a lasting inspiration... William Quan Judge must ever have his place among Theosophical Worthies.[5]

Mr. Judge had been ill for some time, from lingering results of Chagas disease (often erroneously referred to as Chagres fever) contracted in Venezuela. His friend Ernest Temple Hargrove wrote to Dr. J. D. Buck early in 1896:

I think that Judge is ten per cent weaker than when you saw him. Today and last night his cough seemed rather better; the mucus came away more easily. But he can hardly walk. He asked me last night "use your intuition. How long do you think this can last?" I said "If it goes on not more than a week." That was in reference to a crisis through which both he and I thought he was passing. For the drop was very sudden--ten percent in a day--yesterday. I do not know what caused it; nor does he. There is nothing else at all now. He gets more sleep now during the day.

Truly, even to the lay eye, it is a case full of contradictions, and it is impossible to take any view or form any opinion that is not flatly denied by facts within the next 24 hours. I should not be surprised at anything; not even at seeing him improved 20 per cent in a day.[6]