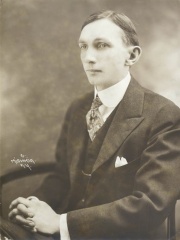 Charles Wakefield Cadman (December 24, 1881 – December 30, 1946) was an American composer who was a member of the American Theosophical Society. 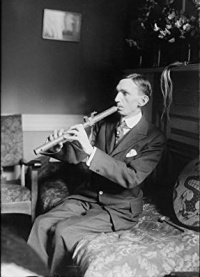 Cadman was admitted to the Pittsburgh Lodge of the American Theosophical Society on September 28, 1907. During his years in the Society, he moved to Denver and Ft. Collins, Colorado, and eventually to Los Angeles. His membership became inactive on June 30, 1922.[1]

When the Krotona Brotherhood of Art formed in 1917, Cadman took a leadership role.[2] It was reported that "Mr. C. W. Cadman who lives not far away [from Krotona in Hollywood], comes here frequently to work on his compositions. He says he never found a place where he felt more inspired."[3]

In 1918 Cadman was living at Krotona Institute of Theosophy in Hollywood, California when he and Camille Zekwer composed music for a theatrical version of The Light of Asia. The play ran for 35 performances in the Krotona Stadium that could seat 800 people, and also in Beachwood Canyon. Walter Hampden played the role of Buddha, and Ruth St. Denis performed with her Denishawn dancers.[4] that same year, Cadman presented a program during the annual convention held in Hollywood.

Lodge programs during the 1930s and 1940s often featured presentations by musical Theosophists of Cadman's compositions: his longtime collaborator Nelle Eberhart Richmond of Pittsburgh, who wrote lyrics for "From the Land of the Sky Blue Water," "At Dawning," and other compositions[5]; Chicago mezzo-soprano Constance Eberhart; baritone J. Henry Ormé; and Houston Lodge's operatic baritone Emmet Lennon. Dr. Cadman himself visited Besant Lodge in Hollywood in 1945: "Special guests were Dr. Charles Wakefield Cadman and his composer-pianist protégé Richard Earle. Dr. Cadman contributed to the program one of his famous American Indian Compositions."[6] 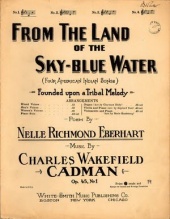