Rosicrucians also embrace the concept of egregores. Rosicrucian Digest, the journal of AMORC (The Ancient Mystical Order Rosae Crucis), devoted much of its centennial issue to the "Rosicrucian Egregore" and the people, events, and ideas that contributed to it.

The Rosicrucian egregore is the cosmic energy field to which all Rosicrucians have access because of our affiliation with AMORC.

Whenever a Rosicrucian studies a monograph, conducts a mystical experiment, prays, meditates, participation in the work of the Council of Solace, devotes time to Cosmic Communion, or creates an inspiring work of science, art, or literature, he or she radiates into space positive thoughts and emotions which benefit all other members and humanity in general. Likewise, those who unite at Conventions and in the affiliated bodies... also set especially positive forces into motion...

The egregore of the Order extends beyond the usual limits of space/time to include the mystics, philosophers, and traditions of the past, including those in the Mystery Schools of ancient Egypt and Greece,... our Gnostic, Kabbalist, and Alchemist forebears; the Rosicrucians of the sixteenth and seventeenth centuries; and all members of the Rosicrucian Order...[2]

Energy that feeds the egregore

As a psychic entity, the egregore exists between the material and spiritual worlds and is connected to both. It is a creation of the psychic objectives of the members of a group, and exists as a connection to the divine. Anyone involved in a group, whatever kind of group it is, will be affected by the egregore of the group. “For those that reach for a spiritual connection, the egregore assists and facilitates that connection. This process is unconscious, but is intensified through the initiation process, which is designed to open the mind to the spiritual through the egregore.”[7] 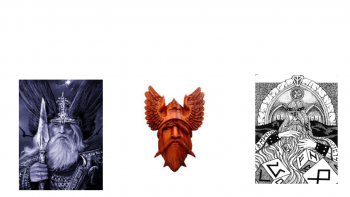 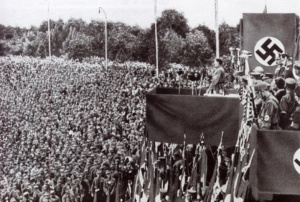 List wanted to create a purely German identity. He began openly persecuting Jews as morally inferior and different from the Germans. He adopted Madame Blavatsky's [founder of the Theosophical Society] concept of the root races and decided that the Germanic "Aryan" people formed the fifth sub-race of the Fifth Root Race, something that departed from Blavatsky's teachings. List also took elements from Freemasonry and Rosicrucianism and corrupted them to suit the needs of his mythology. 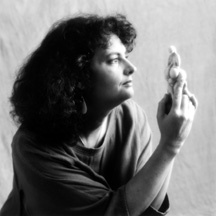 During World War II, Dion Fortune, a prominent British occultist and author, gathered her followers in Britain together for a psychic war against Germany. Her group, the Fraternity of the Inner Light, were not able to meet in person because of wartime travel restrictions but she got the word out to her group in writing. “The war has to be fought and won on the physical plane,” she wrote, “before physical manifestation can be given to the archetypal ideals. What was sown will grow and bear seed.”[8]

The working began with the formulating of the symbol of the Rose-Cross. As this symbol was built on the astral planes each week, it developed through a series of changes in a clear sequence – a sign that the inner powers had been contacted and were responding. First, the Rose-Cross was surrounded by a golden light, then a diamond light, indicating a very high grade of power. Soon it became clear that the Rose-Cross was situated in a cavern deep beneath Glastonbury Tor. The figures of seven of the Masters then appeared around it. In later meditations, three key figures appeared: King Arthur, Merlin and the Master Jesus, later joined by the figure of the Virgin Mary, also seen as Binah and the heavenly Isis, bearing the Grail.[9]

Dion Fortune discussed the phenomenon of the group mind when it is in a frenzy typical of a Hitler speech:

But however potent the personality, however vast the resources, however popular the catch-phrases, if the movement is contrary to cosmic law it is only a matter of time till the whole group rushes madly down a steep slope into the sea. For in such a case it is the very momentum that is worked up which is the cause of its destruction. Give a false movement enough rope and it will always hang itself, falling by its own weight when that has grown sufficiently top-heavy to overbalance it.[10]

As Albert Amao states in Healing Without Medicine, “After Germany was defeated the Nazi egregore gradually faded away because there were no more masses feeding it. Thus, in time, when the emotions and feelings that were feeding an egregore disappear, the egregore slowly dissolves.”[11]