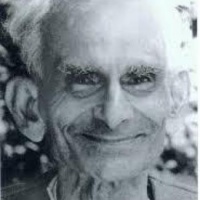 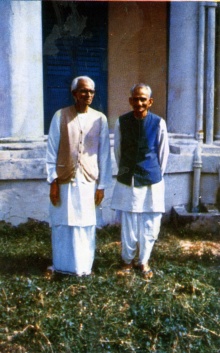 Iqbal Kishen Taimni (1898 – June 7, 1978) was a scientist, leader of the Theosophical Society (Adyar), and scholar in the fields of Yoga and Indian Philosophy.

Taimni was born in 1898 in Kashmiri Mohalla, Lucknow, Uttar Pradesh, India. His parents Prem Kishen Taimni and Biraj (née Gurtu) later shifted to Hardoi and then on to Allahabad where Prem Kishen Taimni got employment as Secretary Municipal Corporation, Allahabad. When Taimni was 11 years old he lost his mother to tuberculosis. His father never married again. The children, Iqbal Kishen and his sister Chandra (2 years younger than him), were brought up by their grandmother Bishen (née Ugra). Taimni had a distinguished academic career throughout, and was First class First student and a Gold Medalist.

Taimni married Kunwar (née Nagu) in Indore in 1922. She held a B.A. degree (earned in Benares), which was unusual for women of that time. He was selected for the Central Excise service but he declined the offer as he preferred teaching as a career and joined Allahabad University as a lecturer. Meanwhile Kunwar Taimni enrolled for M. A. classes in history at the same university. She went to the UK in 1926 on being offered a scholarship to do a Montessori teacher training course. Taimni accompanied her and got enrolled for a PhD in London University. They returned in 1928 after Mrs. Taimni completed her Montessori Diploma course and Taimni completed his PhD in Inorganic Chemistry.

On returning to India, Dr. Taimni resumed teaching as a Professor of Chemistry at the Allahabad University while his wife joined Krishna Ashram, Allahabad as a principal. It was a Montessori school for children sponsored by the Theosophical Society (Adyar). Taimni retired in 1960 and thereafter worked for two years with the Council of Scientific and Industrial Research (CSIR). 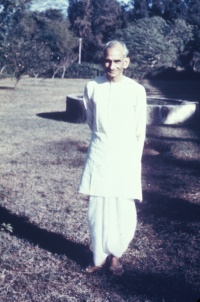 When he was 21 years old, Taimni was admitted as a member of the Theosophical Society (Adyar) on November 19, 1919 in Allahabad.[1] He and Mrs. Taimni were both lifelong members. After retiring Dr. Taimni studied Sanskrit and began to write articles and books on Theosophy and Hindu religious texts. He wrote an influential modern translation and interpretation of Yoga Sutras of Patanjali. In 1975 he was awarded the Subba Row Medal for his contributions to Theosophical literature.

Dr. Taimni was frequently invited to lecture. According to Joy Mills, "Dr. Taimni never visited the US. He was loath to travel, and although invited several times to visit Krotona as well as the American Section, he always refused.[2]

The Union Index of Theosophical Periodicals lists 234 articles by or about I. K. Taimni, written for at least 18 different journals, of which The Theosophist is most prominent.

These Taimni articles are avaiable online: