The Kern Lectures are a series of public lectures sponsored by the Theosophical Society in America and funded through the generosity of The Kern Foundation. Eminent scholars were invited to speak on subjects relevant to the Society and appealing to the general public. Public lectures at large venues are generally followed by day-long seminars at the Olcott campus. 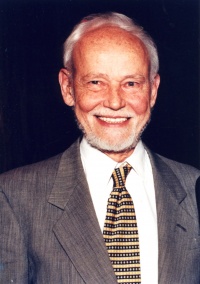 Dr. Huston Smith is recognized as one of the greatest scholars of religion and bestselling author of The World's Religious: Our Great Wisdom Traditions. In his Kern Lecture, he spoke on "A Life of Exploring Religious Frontiers" at Bederman Auditorium, Spertus College of Judaica, 618 S. Michigan Avenue, Chicago on Thursday April 18. According to the lecture announcement,

Huston Smith will look back on his life in a "bookish autobiography" that uses his works to examine the often surprising and unpredictable causes and consequences of a life of religious exploration.

The lecture was followed up with the First Kern Seminar on Saturday, April 20, on the topic, "Rediscovering Forgotten Truths." According to the program announcement,[1]

Prior to the rise of modern science, people believed in the existence of a world that encompassed and surpassed the everyday world that our physical senses disclosed. This "other world" housed values, meanings and purposes that later science could not understand. This workshop will inventory those values and expose the logical mistake that led modernity to conclude that they are not grounded in the ultimate nature of things thereby contradicting the unanimous testament of the world's wisdom traditions. The cost of this basic mistake will be noted; and the prospect that, after 300 years, we are finally beginning to correct it will be documented.[2] 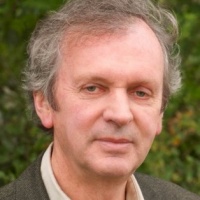 Dr. Rupert Sheldrake is Director of Studies in biochemistry and cell biology at Cambridge University, and author of numerous papers and books on morphic fields and mind/brain issues. His lecture was "The Extended Mind: Recent Experimental Evidence," delivered on Thursday, March 13, 2003, at Bederman Auditorium, 618 S. Michigan Avenue, Chicago. According to the program announcement,

Most of us have been brought up to believe that the mind is located inside the head, but there are good reasons for thinking that this view is much too limited. Recent experimental results show that people can influence others at a distance just by looking at them, even if they look from behind and if all sensory clues are eliminated. People's intentions can also be detected by animals from miles away. Recent experiments on telephone telepathy have given highly significant positive results. Rupert Sheldrake will show how his hypothesis of morphic fields could provide a new way of understanding the extended mind and of going beyond the usual mind/brain problem.[3]

The lecture was followed up with the Second Kern Seminar on Saturday, April 20, on the topic, "Rediscovering Forgotten Truths." According to the program announcement,

In the philosophies of the classical world and of the Middle Ages, souls were the life principles of all living beings, including plants and animals - and even of magnets. Ever since field concepts were first introduced into science in the 1840s, fields have come to take on more and more of the traditional explanatory role of souls. The idea of morphogenetic fields, first proposed in the 1920s, sheds light on the processes of physical healing and regeneration. Behavioral, mental and social fields provide a holistic insight into many biological, psychological, and social phenomena. All such fields can be thought of as morphic fields, with an inferent memory given by the process of morphic resonance. Dr. Sheldrake will discuss some o the evidence for this hypothesis and its implications and show how participants can carry out simple experiments for themselves.[4] 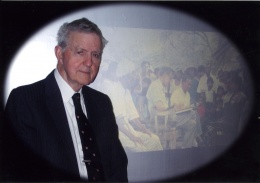 Dr. Ian Stevenson, MD, (1918-2007) was a Research Professor of Psychiatry at the University of Virginia School of Medicine. He had an illustrious academic career spanning 50 years, in which he traveled the world to investigate and document over 2000 cases of past life memories.

On September 23, 2004, he gave an illustrated talk on "Children Who Claim to Remember Previous Lives." Like the previous Kern Lectures, this was held at Bederman Auditorium in Chicago. This was the first lecture that Dr. Stevenson had ever given to a non-academic audience, and 180 people were in attendance.

On the following Saturday, September 25, he presented the Third Kern Seminar on "Evidence for Life After Death: Apparitions, Dearth Bed Visions, and More." Sixty people attended. 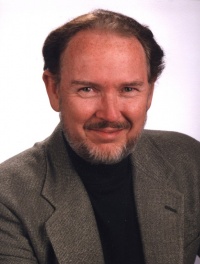 Don Campbell (1946-2012) was a composer, performer, teacher and consultant in psychoacoustics. He was the author of 23 books including the best-sellers The Mozart Effect and The Mozart Effect for Children, and was influential in the evolution of music therapy as a field of practice and study. Mr. Campbell founded the Institute of Music, Health and Education in Boulder and served as its direction from 1988-1997, lecturing worldwide.

The five events associated with the Fourth Kern Lecture and Seminar had the overarching theme of "The Mystical Dimensions of Sound and Visual Art". The opening Kern lecture took place at the Bederman Auditorium in Chicago, and subsequent events were at the auditorium of the Theosophical Society in America in Wheaton, Illinois:[5] 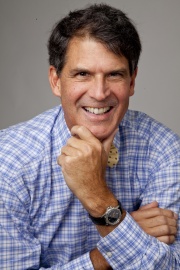 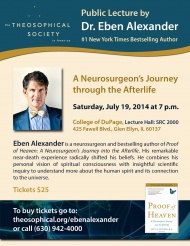 Dr. Eben Alexander is the best-selling author of Proof of Heaven: A Neurosurgeon's Journey into the Afterlife. "His remarkable near-death experience radically shifted his beliefs. He combines his personal vision of spiritual consciousness with insightful scientific inquiry to understand more about the human spirit and its connection to the universe."[6]

The public lecture "A Neurosurgeon's Journey into the Afterlife" was offered on Saturday, July 19, 2014 in the College of DuPage Lecture Hall in Glen Ellyn, Illinois to a sold-out audience. On the next day Dr. Alexander gave a public lecture on "Synthesis of Science and Spirituality: The Arc of Human Destiny over Millennia," followed by a panel discussion that also featured Dr. Amit Goswami and Dr. Dean Radin. These events took place in the auditorium at the Theosophical Society in America headquarters building as program elements of the 128th Summer National Convention, which had the theme of "Science and the Experience of Consciousness."

These lectures have been recorded by audiovisual staff of the Theosophical Society in America, and are available through the Henry S. Olcott Memorial Library and through the Quest Books website.