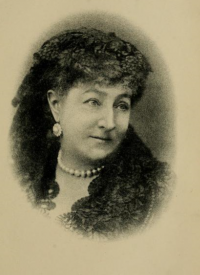 Marie Sinclair, Countess of Caithness (1830 – 2 November 1895), formerly Marie (or Maria) de Mariategui, was a British aristocrat of Spanish descent who married, as his second wife, James Sinclair, 14th Earl of Caithness. She is particularly remembered for her interest in spiritualism and Theosophy and her association with Helena Petrovna Blavatsky, whose occult successor she claimed to be.

Marie was born in 1830 as the daughter of General Jose de Mariategui.

Early in life she married a Spanish General, the Count de Medina Pomar. She was named Duchess of Pomar in her own right by Pope Leo XIII in 1879.[1] They had a son, Emmanuel, the Duke de Medina Pomar, who became known for his writings about "spiritual philosophy."[2] After her husband's death in 1868, she inherited a considerable fortune.

On 6 March 1872 she married a widower, James Sinclair (1821–1881), fourteenth Earl of Caithness and first Baron Barogill, in Edinburgh. He had been born in Edinburgh, Scotland on 16 December 1821. Before his union with Marie, he was married to Louisa Georgina Philips, with whom he had a son and a daughter. Sinclair was interested in science. He died in New York City on 28 March 1881, and was buried at the Abbey of Holyrood in Edinburgh.[3]

The Countess spent time in New York and London before settling in Paris at 124, Avenue de Wagram. She died there on 2 November 1896. 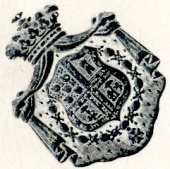 Seal used by the Countess

Lady Caithness became active in the Theosophical Society in New York in 1876 shortly after it was formed, although her official date of joining was 1 February 1883, according to membership records at Adyar.[4] A wealthy dowager, she supported the Theosophical Society financially. She was crucial to the development of the Theosophical movement in France where she founded the Société Théosophique d'Orient et d'Occident on 28 June 1883 and served as its president. Among her writings was The Mystery of the Ages; Contained in the Secret Doctrine of All Religions, published in 1887. She corresponded with Vera Petrovna de Zhelihovsky and other Theosophists.

The Union Index of Theosophical Periodicals lists articles by or about the Countess or Caithness.