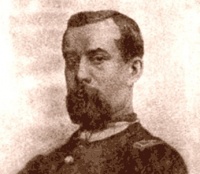 Born on September 21, 1831 in Boston, Massachusetts, he married Mary Anne Frain in New York, on September 23, 1854. During his participation in the Civil War he invented a flare for military communication operations and a detonator.[1] He died on December 9, 1906, though some sources say 1895.