Mabel Collins (1851-1927) is the name under which Mrs. Keningale Cook published her many writings. She was an English Theosophist, and author of at least 46 books, including Light on the Path, a perennial favorite among Theosophists.

Young Minna began a new life when she married Keningale Robert Cook on August 3, 1871 at St. Peters Church in Knowl Hill. He was six years older than she, and was well educated at Rugby and Trinity College in Dublin. He earned several degrees culminating in a Doctorate in Laws in 1875. During the years at Trinity College he was employed by the Post Office dealing with money orders, but by 1875 he had become a stockbroker in London. He published a book of poetry and numerous articles for the magazine Woman. This same magazine began to publish Minna's writings as well. "Almost every issue contained Minna’s or Robert’s writings. They covered a range of subjects but were primarily concerned with education, the role of women and the arts."[3]

Helena Petrovna Blavatsky lived in the Keningale Cook house when she first arrived in England in 1887. The two women created the monthly journal Lucifer in September 1887, and worked together as editors until February 1889 when she resigned.

When Prof. Elliott Coues attempted to discredit Madame Blavatsky in his May 11, 1889 article published in the Religio-Philosophical Journal, he used as evidence an unsigned and undated note purportedly sent by Mabel Collins in 1885. He had inquired about the authorship of the Collins work Light on the Path. The note claimed that the Mahatmas inspired the writing of the book.[4] HPB quickly and vigorously disputed Coues in a letter to Light, written June 1, 1889.[5] 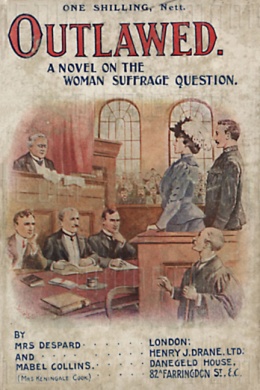