Difference between revisions of "Epidemics" 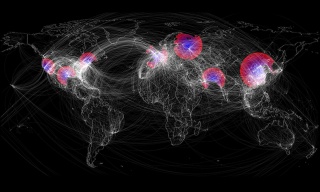 Global spread of an epidemic

An epidemic is the widespread outbreak of an infectious disease, or of negative emotions and actions. It is a phenomenon defined by rapid spread to a large number of people within a short period of time. The term is applied to such diseases as measles and smallpox, and to emotional events such as suicides, drug addiction, and urban violence.

A pandemic is the expansion of an epidemic across the globe to many populations on a large scale.

H. P. Blavatsky stated that there is an "indissoluble union between Man and the Universe."[1] This union is not merely metaphorical, but an occult fact. Franz Hartmann explained this as follows:

Man is not a being whose existence is separated from nature, but an integral part thereof. . . . the elemental forces of nature act upon his soul; and the influence of the universal spirit radiates to his centre. Likewise, man reacts upon the whole. . . . His emotions produce currents in the soul of the world that give rise to new causes in the invisible realm, which again react upon the physical plane. His imagination may create thought-germs, that may in the course of time find expression in physical forms, his passions may give rise to epidemic diseases, his collective and accumulative energies lead to convulsions in nature, and if harmony is restored in the universal Man, nature will be restored to harmony. The discords in nature are produced by imperfect man.[2] 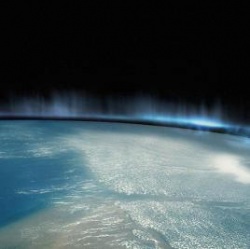 How often have powerful clairvoyants and adepts in mesmerism described the epidemics and illnesses as their lucid vision saw them in the astral light. They affirm that the “electric waves” were in violent perturbation, and that they discerned a direct relation between this ethereal disturbance and the mental or physical epidemic then raging.[3]

Eliphas Lévi calls the astral light the great serpent, the dragon, from which radiates on humanity every evil influence. This is so, but why not add that the astral light gives out nothing but what it has received; that it is the great terrestrial crucible in which the vile emanations of the earth (Moral and Physical) upon which the astral light is fed, are all converted into this subtlest essence, and radiated back intensified, thus becoming epidemics — Moral, Psychic and Physical.[4]

The fundamental cause of such epidemics is therefore not the presence of the microbes, this being merely a symptom, but the influences which cause them to come into existence . . . appears to proceed from causes situated deeper than visible physical nature. . . .
This "higher region," from which such injurious influences originate, causing the growth of miasmas and microbes, is the "astral plane," or the soul of the world, and as the evil states in the soul of the world are caused by the evil states of the human mind, it becomes comprehensible how epidemic diseases, pestilence and plague, no less than wars, are the ultimate results of disharmonies and depraved spiritual states in the soul of humanity.[5]

When men generate a large number of malignant thought-forms of a destructive character, and when these congregate in huge masses on the astral plane, their energy may be, and is, precipitated on the physical plane, stirring up wars, revolutions, and social disturbances and upheavals of every kind, falling as collective karma on their progenitors and effecting widespread ruin. . . . Epidemics of crime and disease, cycles of accidents, have a similar explanation.[6]

Every thought of man upon being evolved passes into the inner world and becomes an active entity by associating itself . . . with an elemental; that is to say with one of the semi-intelligent forces of the kingdoms. It survives as an active intelligence, a creature of the mind's begetting, for a longer or shorter period proportionate with the original intensity of the cerebral action which generated it. Thus, a good thought is perpetuated as an active beneficent power; an evil one as a maleficent demon.[7] 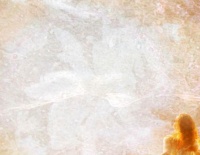 When a man sends out a thought-form, it not only keeps up a magnetic link with him, but is drawn towards other thought-forms of a similar type, and these congregating together on the astral plane form a good or evil force, as the case may be, embodied in a kind of collective entity. . . . When this collective entity, as I have called it, is made up of thought-forms of a destructive type, the elementals ensouling these act as a disruptive energy and they often work much havoc on the physical plane. A vortex of disintegrating energies, they are the fruitful sources of " accidents", of natural convulsions, of storms, cyclones, hurricanes, earthquakes, floods.[8]

In this age there are great triumphs of science, but they are nearly all directed to effects and do not take away the causes of the evils. Great strides have been made in the arts and in cure of diseases, but in the future, as the flower of our civilization unfolds, new diseases will arise and more strange disorders will be known, springing from causes that lie deep in the minds of men and which can only be eradicated by spiritual living.[9]

The lessons Theosophy teaches are important ones, Man is his brother's keeper, and the only permanent protection against plagues and calamities lies in the purification of the thought-plane. It is a simple problem of cause and effect. If every man purifies his own thought-sphere, the astral light will eventually be cleansed.[10]

Impact of our attitudes 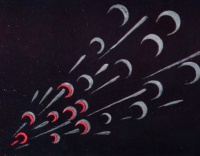 The man who has no fear of contagious disease is less likely to be infected by it than the man who is always in terror of it. Any clairvoyant who watched the conditions produced both in the astral body and in the etheric part of the physical vehicle by nervousness and fear will easily understand why this should be, and will see the immunity of the fearless man is explicable on purely scientific grounds.[11]

Half, if not two-thirds of our ailings and diseases are the fruit of our imagination and fears. Destroy the latter and give another bent to the former, and nature will do the rest.[12]

Diseases spread, and the thoughts of fear which follow their progress act directly as strengthened of the power of the disease; magnetic disturbances are set up and propagated, and react on the magnetic spheres of people within the affected area.[13] 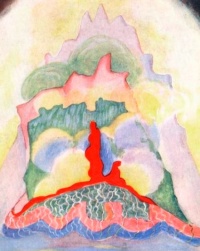 As we evolve our astral bodies, they not only receive more impressions from the astral plane but pass them on more to the physical body, and so we find a mood of great depression coming over us for which we cannot in any way account. Now very often such a mood is simply an overshadowing from the astral plane with which we have really no more to do ourselves than the stream which is shadowed by the cloud has directly to do with the cloud. . . . People, for instance, who feel strongly about public matters, who are deeply interested in the welfare of large numbers of their fellowmen, such people would feel very heavy depression sometimes from public calamities which are impending or going on at the time.[14]

What, then, can a person do when a mood of this sort comes along? The only way I know of meeting those is by the clear, definite recognition of the law; the feeling that nothing can come to us or to others which is not within that law, the feeling that whatever comes is working to a good purpose and for a good end, the intense inner conviction that just as when a trouble comes and we see it and understand it we deliberately train ourselves to accept it and live through it, so we are to deal with these vaguer and obscurer things.[15]