Difference between revisions of "Geoffrey Hodson"

Geoffrey Hodson (March 12, 1886, in Lincolnshire, England - January 23, 1983 in Auckland, New Zealand) was a Theosophist, occultist, mystic, philosopher and esotericist, and a leader of the Theosophical Society (Adyar) for over 70 years. He was also a freemason and a priest in the Liberal Catholic Church.

Hodson traveled the world extensively lecturing for The Theosophical Society. He was the author of over fifty books on Theosophy, Spiritualism, psychic and spiritual development, mysticism, fairies, angels, meditation, health and disease. He also wrote over two hundred articles and held radio talks. 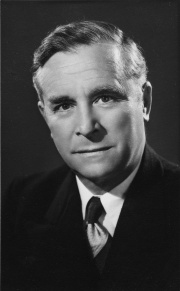 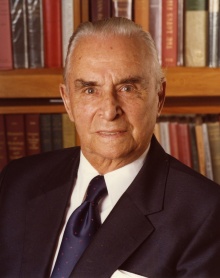 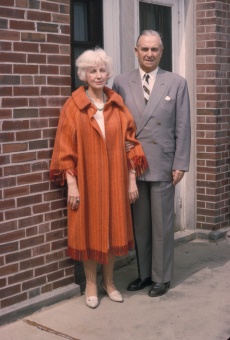 Geoffrey Hodson was a spiritual light-bringer to humanity who passed through the world during our time. His full significance was overlooked by many because he refused to allow himself to be the focus of a personality cult. He thus effectively avoided in his own life the ‘guru adoration syndrome’, which has caused some erroneous ideas and self-promoting behaviours to proliferate during the course of the last half century and from many who had only a fraction of Mr. Hodson's insights and abilities. Instead, he presented a profound humility, putting himself at the service of others. His inner yogic practices and service to the world rapidly brought him under the direct inspiration and guidance of Adept and Archangelic teachers of the human race. It is these high teachers who should rightfully be regarded as the authentic basis of the “guru” archetype.

Because Mr. Hodson was multi-faceted in his abilities he was difficult to characterize precisely. He was without doubt an illumined occultist (this misused and misunderstood word properly refers to someone who studies the “occult” or hidden side of nature); he was also a gnostic seer (gnostic meaning someone who knows in a spiritual sense), but could additionally be described as a mystic, a yogi, a healer, a philosopher and a humanitarian, as well as being an inspiring speaker and a friend and teacher to many. He had also been active as a priest in The Liberal Catholic Church (an independent apostolic church which came under theosophical influence) and had reached the 32nd degree in Co-freemasonry – a Masonic order that admits women co-equally with men. For his own part he modestly referred to himself as a “student of Theosophy” (Gk. Theos - God, Sophia – Wisdom) which, in its purest form, he saw as an important means whereby human-kind can save itself from itself. He devoted most of his life to exploring and teaching this perennial philosophy and used his other abilities, particularly his expanded psychic and spiritual powers, to support that ideal. Unlike most of his contemporaries who only had partial, theoretical, or incomplete experience of theosophical realities, he had actually realized these great perennial truths1 and had applied them effectively in his own life. Yet, he carried that insight with the humility and reserve that befits a genuine teacher - refusing to flaunt his own personality - whilst quietly and systematically spreading the truth as he saw it and ever responding to requests to teach, help, and heal others.[1]

In His Own Words

Activities in the Theosophical Society

Hodson served as the Director of Studies of the School of the Wisdom at the International Headquarters of the Theosophical Society at Adyar, India, for four sessions, in 1953-54, then in 1954-1955 and again in 1961.

Hodson was a guest lecturer at the Krotona School of Theosophy in Ojai, California.

Brotherhood of Angels and Men

John Kirk Robertson wrote a biography in 1971 of Geoffrey Hodson entitled Aquarian Occultist. It was never formally published, but copies of the typescript are cataloged in the national Libraries of Australia and New Zealand, and in the Rare Books collection of the Henry S. Olcott Memorial Library in Wheaton, Illinois. Sandra Hodson wrote to a prospective publisher that her husband did not want the biography published.

In 1954, Mr. Hodson was awarded the Subba Row Medal for his contributions to Theosophical literature.

Below is a list of some of his writings and published lectures: