Difference between revisions of "The Voice of the Silence (book)" 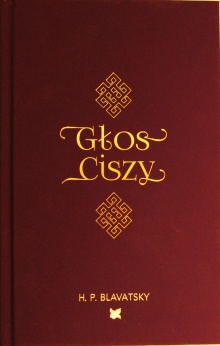 The Voice of the Silence was written by Helena Petrovna Blavatsky in the later months of 1889. It is considered to be one of the great classics of Theosophical literature.

Dr. D. T. Suzuki wrote: "Undoubtedly Madame Blavatsky had in some way been initiated into the deeper side of Mahayana teaching and then gave out what she deemed wise to the Western world..."[1] He also commented: "Here is the real Mahayana Buddhism."[2][3]

H.H. the Fourteenth Dalai Lama has been quoted: "I believe that his book (The Voice of the Silence by HPB) has strongly influenced many sincere seekers and aspirants to the wisdom and compassion of the Bodhisattva Path."[4]

B. T. Chang, interpreter and one of the secretaries to the Tashi Lama, wrote:

"Having appended a Chinese note to the end of this book, I am further requested by the editors to write a few lines in English. I deem it an honour and a privilege to do so, and offer herewith a recapitulation of what I have set forth in Chinese.

Since its translation into English from the Tibetan by Madame H. P. Blavatsky, in 1890, this little book, the gem of Buddhist teachings, as enjoyed a wide circulation among Europeans and American interested in Buddhism. There is, therefore, little need for me to recommend it to foreign readers, except to point out that what is embodied in it comprises a part of the teachings of the Esoteric School.

What strikes me most in the opening chapter is the sentence: "The Mind" - i.e., the Lower Mind - "is the Great Slayer of the Real. Let the Disciple slay the Slayer." These are the words that sound the keynote of the Buddha's teachings. Time and again the Buddha commands his disciples to suppress the activities of the Lower Mind for the benefit of the Higher Self, because anything and everything in the exterior Universe consists of nothing but sense-impressions created by one's Lower Mind, which is apt to lead the aspirant astray. The disciple should not seek truth elsewhere, but should try to find it within himself. He will then be able to hear the Voice of the Silence or, in the language of the Chinese Buddhists, the "Divine Voice of the Self". Traditions says that Avalokiteshwara attained the state of a Bodhisattwa after hearing the Divine Voice of the Self. This doctrine is greatly revered by the Chinese, who got it from the Sanskrit.

Madame Blavatsky had a profound knowledge of Buddhist philosophy, and the doctrines she promulgated were those of many great teachers. This book is like a call to men to forsake desire, dispel every evil thought, and enter the true Path. In Fragment II the passage which likens the Mind to a mirror sounds exactly like what is stated in the Chuan Têng Lu, a Chinese Buddhist work of renown. This allegory also may have its own origin in some Sanskrit work, from which it found its way into both Chinese and Tibetan Buddhist works; or, more probably, the Tibetans have derived it from a Chinese source.

In this materialistic world the majority of people, especially Europeans and American, always absurdly regard Buddhism as a system of philosophy which advocates nothing but passivity and inactivity. A perusal of this book will certainly dispel such mistaken notions from the minds of even the most skeptical.

It has been suggested to me that for the benefit of the Chinese Buddhist, this work should be translated into Chinese. I quite agree with this idea, but pressure of work has hitherto prevented me from writing more than these few lines. Although they form an inadequate recognition of the merit of the book, I offer them because of my great reverence for its teachings; and I hope to be able to undertake the translation at some future time.

This book has been published in numerous editions and languages.