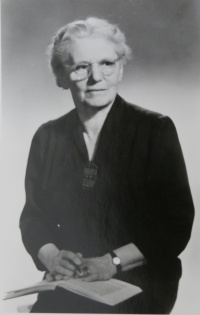 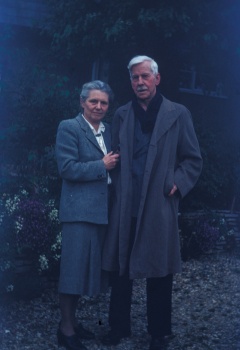 Eliza Adelaide Gardner was writer and lecturer in the Theosophical Society based in Adyar, India. She was married to a prominent English member, Edward L. Gardner.

Eliza Adelaide Draper on was born on October 22, 1894 in Freeport, Illinois. She was "educated from a very early age in an Anglican Convent, later went to Vassar University and took her B. A. degree. After this she did Social Welfare Work, particularly helping to place children for an Adoption Society. Later she travelled and lived for some time on the Continent of Europe."[1]

In 1914 she joined the Theosophical Society. She met Edward L. Gardner and they married in 1923.[2][3] Mrs. Gardner was very well-known among Theosophists, particularly in England and Europe. She served for a time as General Secretary of the English Section,[4] and was National Lecturer in England for many years. An account of her activities in The Theosophical Journal stated:

Mrs. Gardner will always be remembered by those who knew and loved her as an indefatigable worker, writing, lecturing, organizing etc. and being a staunch friend to many. She had a genius for tenacity of purpose, and never counted the cost in effort, time and trouble over any piece of work she undertook. She was an active member of the Medical group of the Theosophical Research Centre, being very much interested in Healing from 1924 onward. She had many international contacts, and was instrumental in helping to rebuild the European Federation after the war. This was some of her finest work, and she kept up a large correspondence with many people."[5]

She delivered the Blavatsky Lecture in 1934 on the topic "Indications of a New Culture".

Over sixty articles by or about Mrs. Gardner are listed in the Union Index of Theosophical Periodicals. She also wrote: