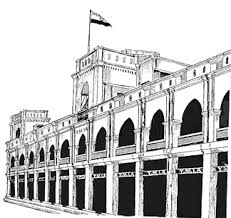 The Young Men's Indian Association (YMIA) is a youth organization that was founded by Annie Besant in 1914 in support of the Indian independence movement. It continues to be a prominent institution in Chennai, offering Indian youth opportunities to improve in body, mind, moral character, and citizenship.[1][2] It offers recreational facilities, lectures, library and reading room, and residences. The YMIA has a web page and a presence in Facebook.

By 1914, Annie Besant had already been working for some years on establishment of schools and organizations to support Indian education and nationalism. In a 1908 address at Central Hindu College, she said, "Our work is the training of thousands of India's sons into noble manhood into worthiness to become free citizens in a free land." [3] Her political activity reached greatest intensity in the years 1914-1917. She worked with several other nationalist leaders to demand home rule for India, and formation of the YMIA was one aspect of this movement.

Mrs. Besant sponsored the construction of a building in Madras (now Chennai) for the YMIA, which was completed in 1915. A large public meeting hall in the building, designed to seat 1500 people, was given the name Gopal Krishna Gokhale Hall after the Indian leader. When she announced the formation of the Home Rule League in 1916, it was at Gokhale Hall. Many other nationalistic events took place there. The Indian Society of Oriental Art held an exhibition at the YMIA building in 1916, organized by Theosophist James Cousins.[4]

In his introduction to The Besant Spirit, George S. Arundale wrote of Dr. Besant's daily routine in Adyar during the time of her great activism in the Indian independence movement. Each evening at 5:30,

She would be seen having a cup of coffee at the Young Men's Indian Association, a fine building in Armenian Street given by herself to the youth of the city. It would have to be very important business which could cause her to forego this solemn and happy ritual. But often there was very important business. So many people had to be seen, committees to be attended, and above all those wonderful meetings in the Gokhale Hall, itself part of the Association premises. Most young people of to-day [note that this was written in 1939] are too young to remember those meetings of twenty years ago. The Hall packed to the brim with youth and a sprinkling of the older generation sedately seated on the platform. Enters the white-robed figure of the Editor of New India, almost gorgeously arrayed in silken sari, with an H. R. pendant in green and gold enamel – green and gold being the then Home Rule colours... A torrent of applause. A cheery smile... Wave upon wave of cheers. A bow to the audience with folded hands. A rustle of chairs and a general fussification as the entourage settled itself down. And then a Hall-wide hush of expectancy, with everybody impatient to hear the world's greatest orator demand freedom for India in language that no one could possibly mistake.[5]

Objects of the Association

According to its web page, the Association has these objects:

YMIA is a society registered under the provisions of Act 21 of 1860. Mr. R. Nataraj serves as President of the Governing body, which includes three Vice Presidents, Honorary Secretary, Honorary Treasurer, Honorary Join Secretary, and 17 members. In addition to an Executive Committee, there are committees for International YMIA Affiliation; Library and Internet; Gym and Sports; Students and Youth Activities; and Legal matters.

YMIA has two locations in Chennai: the registered office at New India Buildings at No.49 Moore Street, and the administrative office at 54-57/2 Royapettah High Road in Mylapore. Gokhale Hall was partially demolished, but is now being renovated. Two hostels are now serving about 150 youth. Over the years additional hostels were operated in George town, Triplicane, Mylapore, and Nungambakkam, but these had to be closed despite their popularity.[6] 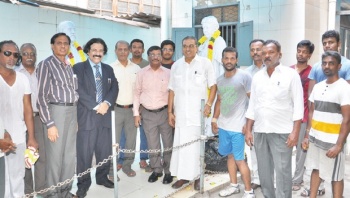 The organization has established a Facebook page and is developing a member page with individual photos and email addresses. YMIA is seeking to launch affiliated branches in all major cities of India, with each having a lecture hall, gymnasium, library, reading room, recreation, and residences. Internships are offered to students who would like to develop a career in services and development of youth programs.[7]

These are some reent activities and services of the YMIA: