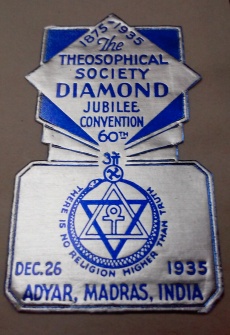 The Garden of Remembrance was introduced to the membership during this convention.

The first public dance performance of Rukmini Devi Arundale occurred at the convention. She wrote, "At the Diamond Jubilee Convention we had expected about two hundred people but two thousand turned up. There was so much excitement. More than anything, it totally changed people's prejudice towards the dance."[1] She continued: "Dr. Arundale himself thought at first it was a delightful hobby but when he saw me dance during that Diamond Jubilee Convention in 1935, he was greatly moved. He told me later it was a spiritual experience like a meditation. He and Dr. Cousins were convinced that it was a spiritual medium which could be part of the Theosophical work."[2]