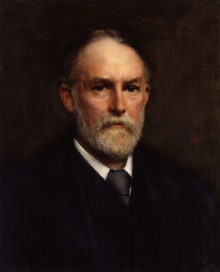 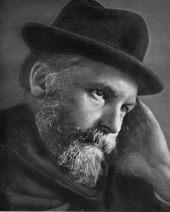 Frederic William Henry Myers (1843–1901) was a poet, classicist, philologist, Theosophist, and a founder of the Society for Psychical Research.[1] An early researcher in what is now called depth psychology, Myers wrote a massive work about human consciousness, The Human Personality and Its Survival of Physical Death, published posthumously in 1903.

Myers, Frederick, W. H., an English FTS of note. A number of questions raised by him in regard to some of the material that was appearing at that time in TS literature were answered at length in The Theosophist. It is intimated that some of these answers were dictated by the Adepts and that they seemed very anxious to answer his questions satisfactorily. Later he published a monumental work entitled The Human Personality and Its Survival of Physical Death, which is still referred to as a comprehensive study of the subject.[2]

Francesca Arundale wrote of a visit of Myers to Madame Blavatsky. He asked for proof of her occult power. She produced the sound of astral bells, and he was momentarily impressed, but later doubted the phenomenon he had experienced.[3]