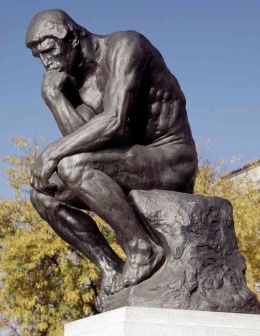 Freedom of Thought is an ideal held in the Theosophical Society, which maintains the right of each individual member to have his or her own ideas and faith, as long as they are not against the basic principle of Universal Brotherhood.

The ideal of Freedom of Thought was present early in the history of the Theosophical Society. By the end of 1883 Master K.H. wrote a letter to the members of the London Lodge saying:

It is a universally admitted fact that the marvellous success of the Theosophical Society in India is due entirely to its principle of wise and respectful toleration of each other's opinions and beliefs. Not even the President-Founder has the right directly or indirectly to interfere with the freedom of thought of the humblest member, least of all to seek to influence his personal opinion. It is only in the absence of this generous consideration, that even the faintest shadow of difference arms seekers after the same truth, otherwise earnest and sincere, with the scorpion-whip of hatred against their brothers, equally sincere and earnest. Deluded victims of distorted truth, they forget, or never knew, that discord is the harmony of the Universe. Thus in the Theos. Society, each part, as in the glorious fugues of the immortal Mozart, ceaselessly chases the other in harmonious discord on the paths of Eternal progress to meet and finally blend at the threshold of the pursued goal into one harmonious whole, the key-note in nature सत् [Sat--"Reality"].[1]

In one of her later articles, H. P. Blavatsky described "freedom of thought" as the path to Wisdom:

Valuing freedom of thought above all things as the only way of reaching at some future time that Wisdom, of which every Theosophist ought to be enamored, we recognize the right to the same freedom in our foes as in our friends.[2]

In the conclusion of her book The Key to Theosophy, Mme. Blavatsky explained this ideal in connection to the future of the Society: 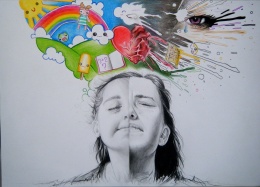 Every such attempt as the Theosophical Society has hitherto ended in failure, because, sooner or later, it has degenerated into a sect, set up hard-and-fast dogmas of its own, and so lost by imperceptible degrees that vitality which living truth alone can impart. You must remember that all our members have been bred and born in some creed or religion, that all are more or less of their generation both physically and mentally, and consequently that their judgment is but too likely to be warped and unconsciously biassed by some or all of these influences. If, then, they cannot be freed from such inherent bias, or at least taught to recognise it instantly and so avoid being led away by it, the result can only be that the Society will drift off on to some sandbank of thought or another, and there remain a stranded carcass to moulder and die.[3]

The same danger was recognized by Annie Besant, who said in 1930:

When a Society has existed for many years, there is always a certain peril that it will become crystallized in its thought and in its methods of activity. If that danger should overbear freedom of thought and of discussion, then the Society will become a danger to the progress of the world, instead of being an inspiration. We cannot avoid facing that danger, as we go on year after year: but, to recognize it is really half the victory.


We must everywhere, in our influence upon the world and our influence over our young members, remember that the life of the Society depends on its remaining a Society in which thought is entirely free, and frank discussion is encouraged. Anyone who has — as he or she may believe — an idea, a truth, to give to the world, should be encouraged in its delivery, so that every member may exercise his own free judgment as to the truth or error which that idea conveys. The intellect of man is, or should be, the great motive power in the world of thought; and that intellect, if it is to act usefully upon the world, must make the common good, the common welfare of the world at large, its inspiration to activity.
. . .


Freedom of thought, then, is vital for the future of the Theosophical Society. Encourage discussion; listen to it fairly and patiently; be willing to test your own opinion again. You might have grown between the time when you formed an opinion and your present stage of consciousness.[4]

Resolution of Freedom of Thought

The Theosophical Society (Adyar) made the ideal of Freedom of Thought into an official right for the membership in 1924, during the Presidency of Annie Besant.

. . . an amended First Object proclaiming our belief in the existence of Elder Brethren as completing the circle of Universal Brotherhood, which we declare to be a fact in Nature, and which we seek to make increasingly patent through the agency of our Society."[5]

This produced a debate among some members. When the President Annie Besant was asked her opinion she responded that members could not commit the whole Society and make obligatory a belief in the existence of the Masters, or in any other topic. 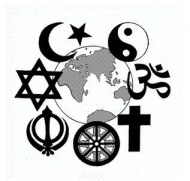 That year, in the Convention of the American Section, some members raised concerns that the priesthood of the newly formed Liberal Catholic Church (L.C.C), composed mostly of prominent workers of the Society, should lead to the dominance of ecclesiastical influence, and so draw it into the sectarianism from which it had always kept clear. Opinion was expressed that all priests of the L.C.C. holding offices or positions of trust in the Section should be asked to resign, in order that the Society might preserve impartiality towards all religions and sects. A cablegram was sent to Mrs. Besant asking her opinion, and she replied that she "disapproved any disabilities imposed on [any member based on] religious grounds."[6]

At the same time, B. P. Wadia, then a member of the Theosophical Society (Adyar) giving lectures in the U.S., had started using the phrase "Back to Blavatsky", stating that in his opinion the Society was not following the lines laid down by H. P. Blavatsky. Some members agreed on this view, while others thought this was the result of the human tendency to drift into orthodoxy.

These issues generated some conflicts and stimulated a debate about questions of democracy and freedom of thought in the Society. The September 1923 issue of The Adyar Bulletin published a letter from the General Secretary of the Theosophical Society in Sweden, Mr. Erik Cronvall, addressed to the President and the members of the General Council, proposing them to produce an official declaration about the matter.[7]

To ensure the rights of the membership in regards to the questions of democracy and freedom of thought, the General Council of the Theosophical Society (Adyar) passed the following resolution in 1924:

"As the Theosophical Society has spread far and wide over the world, and as members of all religions have become members of it without surrendering the special dogmas, teachings and beliefs of their respective faiths, it is thought desirable to emphasize the fact that there is no doctrine, no opinion, by whomsoever taught or held, that is in any way binding on any member of the Society, none which any member is not free to accept or reject. Approval of its three Objects is the sole condition of membership. No teacher, or writer, from H. P. Blavatsky onwards, has any authority to impose his or her teachings or opinions on members. Every member has an equal right to follow any school of thought, but has no right to force the choice on any other. Neither a candidate for any office nor any voter can be rendered ineligible to stand or to vote, because of any opinion held, or because of membership in any school of thought. Opinions or beliefs neither bestow privileges nor inflict penalties. The Members of the General Council earnestly request every member of the Theosophical Society to maintain, defend and act upon these fundamental principles of the Society, and also fearlessly to exercise the right of liberty of thought and of expression thereof, within the limits of courtesy and consideration for others."[8]