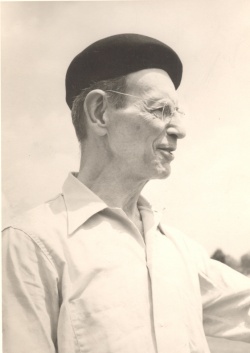 Henry Hotchener was an American member of the Theosophical Society in America. He is best known as the husband of Marie Russak Hotchener and co-editor with her of World Theosophy.

He first met Alexander Fullerton in June, 1900, and that encounter started his interest in Theosophy.[1] That same year he met New York Theosophist Arthur Jacoby, beginning a lifelong friendship and correspondence. Other close friends included Dr. George DeHoff of Baltimore and Charles Luntz of St. Louis.

He and Marie lived at Adyar for two years (1935-1937) and attended conventions there in many other years.[2]