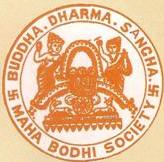 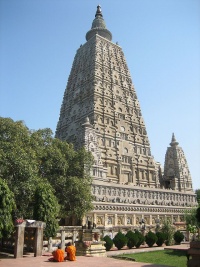 The Maha Bodhi Society of India is a Buddhist organization founded by Anagarika Dharmapala to restore ancient shrines at Bodh Gaya, Kushinara, and Sarnath. It was founded on May 31, 1891, the Society was formed. It was originally called the Budh-Gaya Mahabodhi Society. The High Priest of Ceylon H. Sumangala was President, Col. Olcott was Director and Chief Advisor, and Anagarika Dharmapala was General Secretary.

The new Society solicited contributions to maintain a staff at the Buddha Gaya site. The Society convened an International Buddhist conference at Buddha Gaya in October, 1891 to discuss the deplorable condition of ancient Buddhist shrines. Headquarters were established in Calcutta (now Kolkata). A journal, The Maha Bodhi began publication in 1892, with Dharmapala serving as editor for many years. Over the course of a number of years, eventually the Maha Bodhi Society succeeded in restoring the ancient Buddhist shrines at Bodh Gaya, Sarnath, and Kushinara. Substantial donations by Hawaiian Theosophist Mary Foster facilitated this work.

The site of the restored Mahabodhi Temple has grown into a large complex of Buddhist temples and monasteries built by the people of Bhutan, China, Japan, Myanmar, Nepal, Sikkim, Sri Lanka, Taiwan, Thailand, Tibet and Vietnam. Recent additions include a school, ambulance service, a hostel for visitors, meditation hall, and Monastic Training Centre for novices.

The Maha Bodhi Society in India continues actively in Calcutta, and other organizations sharing the same legacy are in India, Sri Lanka, Switzerland, Germany, United States, France, Belgium, and Spain.

The web page of the Maha Bodhi Society of India is www.mahabodhisociety.com.