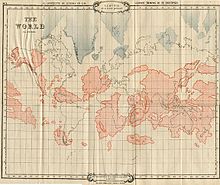 William Scott-Elliot (March 24, 1849 -September 2, 1919) was an early member of the London Lodge in the Theosophical Society (Adyar), who sometimes wrote under the name W. Williamson.

William Scott-Elliot was born March 24, 1849 in Edinburgh, Scotland, as the Tenth Laird of Arkleton. He attended Rugby School.

His occupation was as an investment banker, at Wallace Brothers & Co., Ltd.

On October 11, 1893, he married Maude Boyle-Travers, a psychic and member of the London Lodge, known in Theosophical history under the pseudonym of "Mary". On October 9, 1895, they had a son, Walter Travers Scott-Elliot.[1]

Scott-Elliot's his avocation was study of anthropology.[2] He was intrigued by the clairvoyant findings of Charles Webster Leadbeater into ancient Atlantis and Lemuria, and undertook scholarly research to support them.[3] The Story of Atlantis was published with a preface by Alfred Percy Sinnett.[4]