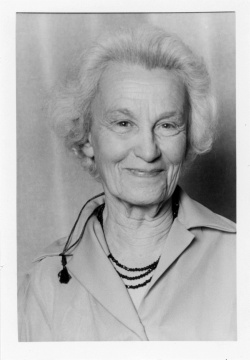 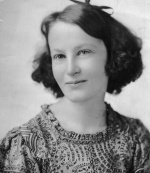 Dora van Gelder was born on a sugar plantation on the island of Java, in what is now Indonesia. (In 1904 this southeast Asian country was known as the Dutch East Indies.) She was the eldest of four children, with three younger brothers. Both of Dora's parents were members of the Theosophical Society; her mother was president of the local lodge for some years, and the family hosted lodge meetings as well as speakers visiting from out of town. From the age of seven or so, Dora — a quiet, somewhat shy child — sat and listened during Theosophical meetings. She had already begun meditating, since her mother began teaching the children to meditate when they were five or six. The family library also interested Dora, who, while still a young girl, read various Theosophical works by Mme Blavatsky, Annie Besant, and C.W. Leadbeater. Like her mother and grandmother, Dora was clairvoyant, and she appreciated Besant and Leadbeater’s book Thought Forms, which is illustrated. The book allowed her to compare their impressions with her own.

While Dora's three brothers were her playmates and classmates — the children were tutored at home — as the only girl in the family she sometimes found life rather lonely. It was still the Victorian age, and the life of a girl was quite restricted. Dora loved the natural world and, with no girlfriends her own age, she spent much of her time outdoors. Many (if not most) children are aware of nature spirits, and for Dora these beings were her beloved playmates. Her parents encouraged this interest.

World War I was under way during Dora's first couple of years in Sydney. Mr. Leadbeater, well known for his clairvoyance, had long been asked by Theosophists and others to contact deceased loved ones on "the other side." War casualties, of course, greatly increased these requests. As Mr. Leadbeater was still quite ill, he asked Dora to help him. She found the task of locating and interviewing the recently deceased to be very difficult; among other things, she had to learn to keep her emotions in check and simply pay attention to the job at hand. After each encounter, Dora dictated a letter to Mr. Leadbeater's secretary, who then gave it to him to read and sign. Dora continued to help him with these requests for several years after the war ended.

As already noted, Dora became aware of the deva realm at a young age. Given her Theosophical household, her interest in angels and fairies was encouraged. She didn't just play with the nature spirits she encountered -- she studied them, not just during childhood but throughout her life. Her book The Real World of Fairies was a record of these studies. The manuscript, written in 1937 during the Depression, was shelved during World War II and then not published until 40 years later, in 1977. The foreword to the first edition was by Claude Bragdon, a Theosophist and architect who noted that new frontiers in science, especially physics, were changing the materialist view of the world: "Astrophysics and chemistry now deal with phantasms which are nevertheless facts."[2] Both he and Dora also commented that the ability to perceive nature spirits has been a constant in human history, reported in every culture and every era.

When she was around 13, Mr. Leadbeater had his students begin clairvoyant investigations of religious ritual. Dora appreciated the opportunity to further her studies of the angelic realm. She participated in the Liberal Catholic Church for several years, and in 1924 wrote an article on these studies for an LCC publication.

As also noted, during World War I the teenage Dora began to assist C.W. Leadbeater in his efforts to contact the recently deceased, for family members who needed reassurance. The war and the world-wide flu epidemic of 1918 made this a heavy workload, one that was very difficult for young Dora. It seems to have been rather a trial by fire — although she was familiar with viewing the astral plane, she had no training on how to function there. As Mr. Leadbeater was ill, the best he could do was answer her questions; he did not have the time or energy to teach her how to locate people who had passed on, how to interview them, or how to deal with the less savory energies of the astral plane. Dora found it helpful to read or re-read books by Mr. Leadbeater and Mrs. Annie Besant, but she still had to do a great deal of simply learning by doing.

Dora began teaching meditation at the Theosophical lodge in Sydney when she was 18. She also taught a class on clairvoyance, which she called an “additional sense.”[3] A few years later she would occasionally write about clairvoyance as a regular columnist for the journal Theosophy in Australia. She was 20 when she first wrote about medical clairvoyance, which she compared to being able to read the pages of a closed book.[4] Dora would go on to help develop Therapeutic Touch, a "holistic, evidence-based therapy that incorporates the intentional and compassionate use of universal energy to promote balance and well-being."[5]

Dora's abilities extended beyond the usual sense perception. For example, she was particularly known for her work with the unseen human field energies in an individual. Since childhood Dora was aware of such forces, and she made a lifetime study of how they work and how they relate to attitudes and emotions, this awareness later evolved into an understanding of the universal healing field from which both healers and patients can draw fresh, potent healing energies.[6] 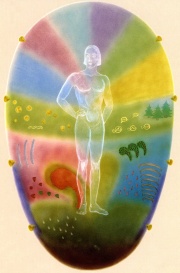 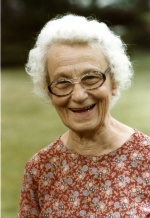