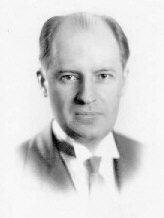 Marc Edmund Jones was an American astrologer, writer, Presbyterian minister, Theosophist, and lecturer. He has been called "the dean of American astrology." He founded the Sabian Assembly in 1923, and made major contributions to the advancement of astrology through the Sabian Symbols and a system of planetary patterns relating to temperament types. For a detailed biographical sketch, see the Sabian Assembly website.

Marc Edmund Jones was born in St. Louis on October 1, 1888. His parents were Edmund H. Jones, a dealer in building materials, and Anna Louise Holmes Jones. The family moved to Chicago, where Marc was taken as a child to visit the World's Columbian Exposition. His sister Helen was born in 1897. He attended John Dewey's experimental high school, but dropped out to work as a stenographer at the Pullman Company and hold positions at various other companies.[1]

By 1913 he was working as a writer in the new silent film industry, living in New York and in California, where the production companies were based. He was called up to military duty during World War I at the age of 30. Inducted as a private, he was soon writing the camp newspaper and then sent to Officers Training School.[2] After a few months the war drew to a close and he was honorably discharged on November 23, 1918.[3]

On June 11, 1926, he married Priscilla Kennedy Chandler. They shared their lives for fifty years, but had no children.

Marc Jones was energetic and entrepreneurial. He submitted scenarios (scripts) to film producers, and was very active as a lecturer. During the 1940s he and Priscilla lived in Manhattan, and then around 1952 settled permanently in the Seattle area at Stanwood, Washington.

He left a great legacy in his writings and students. These are the closing lines of his healing ritual:

May the temple of your living flesh
Be worthy of your high desire;
May your worldly place in daily life
Bring recompense in rich degree;
May your happiness and state of heart
Endear you everywhere you go;
And may the spirit stirring deep within
Be ever conscious in your thoughts! 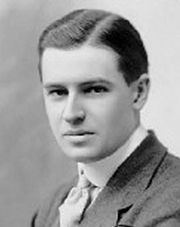 Career as a writer

Dr. Jones was a very prolific and inventive writer in several genres.

Jones worked in the early days of filmmaking as a prolific and highly regarded screenwriter, or "photoplaywright," described as "one of the cleverest scenario writers and movie picture experts in the country."[6] He wrote original stories and adapted novels into "scenarios" for silent films. In 1912 he sold his first scenario, Twilight, and went on to sell 13 in 1913 and 39 in 1914. During the silent film era, writers were present during production of the film, because the process was very improvisational. When writing episodes of the Runaway Jane series, Jones was with the Reliance production company as they traveled from their base in New York to Bermuda:

Marc Edmund Jones will work into his scenarios every interesting feature of the island and diving and submarine scenes will also be completed before the Runaways run back to New York.[7]

He was honored by his peers at a banquet of the New Orleans Inquest Club in 1913:

Mr. Jones is one of the best-known photoplaywrights in the country, and is the author of many screen successes. He will remain in the city until the month of March, and it is the intention of the local writers to extend him a hearty welcome. The banquet, which promises to be a swell affair, will be given at Fabacher's Rathskeller.[8]

In 1914 he worked with Russell D. Smith, Hattie Gray Baker, and other writers of the Mutual Film Corporation to establish the Photoplay Authors' League, a organization that lobbied on behalf of its members at a time when films were not protected by the First Amendment in the United States.[9] By 1919 was also a member of the Green Room Club, Playwright's Club, Authors' League, and Photodramatists' Club.[10]

During the time he was linked to the film industry, Jones wrote novelizations of popular films. He also wrote dozens of short stories for pulp magazines. Most were on romantic and comic themes. In the 1960s he introduced a series of astrological detective stories featuring the character Grandon Trine.

At the age of sixteen, Marc made a lifetime Christian commitment to the Presbyterian church. In 1921 he took a position as Executive Head of the 6th World and 28th International Christian Endeavor Convention in New York City. Then, in 1929, Jones undertook to complete his education and become a Presbyterian minister.

At the age of 41, Marc began a three year program at Occidental College in Los Angeles. He graduated in June of 1932, and in August he began a three-year program of study at the San Francisco Theological Seminary in San Anselmo, California. He graduated from Seminary in 1934 with a Bachelor of Divinity degree. His thesis was "The Prophesy of Israel." That same year, he was ordained as a minister and was installed in a pastorate at Esparto, California.

On July 6, 1936, he matriculated at Columbia University. On August 29 of the following year, his father died at the age of 74. In April of 1938 he moved to New York and became a student in the Advanced School of Education at Columbia.[11]

He was awarded his Ph.D. in Philosophy at Columbia in 1948, with a dissertation on George Sylvester Morris. After achieving his doctorate, Dr. Jones continued working in Bible studies, counseling, and ministry throughout his life. Most of his writings on biblical topics were lessons composed for members of the Sabian Assembly.

Astrology and the occult

In 1913 Jones began to study astrology.

The following year his mother died and he met the occultist, W. J. Colville, author of Universal Spiritualism. Marc later described Colville in his book, Occult Philosophy, as "having had great influence in preserving a measure of reconciliation between Spiritualism and Theosophy." He eventually lived in Colville's room at Hyperion House where he had significant "spiritual experiences."[12]

In 1915 he joined the Rosicrucian Society and began teaching classes for the Max Heindel group. He said "it was there that he became thoroughly grounded in the occult and experienced the actuality of the screen of prophecy, or the idea of things fitting together and being a part of each other." [13] Jones studied the concept of ‘’’magic squares’’’ in the ‘’Fons Vitae’’ of Solomon ben Judah ibn Gabirol and eventually “used the magic squares patterning to structure the entire corpus of the Sabian Assembly study materials.”

The year 1922 marked a turning point for the man who would later become known as "The Cabalist." Rejecting the popular fortune-telling astrology of the day, he began organizing and codifying his astrological material by what he termed a "cabalistic" method. Although his method included the more widely recognized Hebrew Kabbala, he described his approach as a blend of head and heart, or poetry and philosophy, that is directed toward helping the individual to integrate those functions within himself. His cabalistic structure permeates the Sabian lesson material...

At some point in 1922, Marc began working with Zoe Wells, a recognized commercial artist and student of his, who possessed remarkable psychic skills. In an experimental session, Miss Wells brought through fifty-two symbols for a pack of ordinary playing cards. Marc described this event, in his book, The Sabian Symbols in Astrology, as the "beginning of a conscious recognition of the ancient sources as a self-contained and living integrity available for use"...

On December 5, 1922, Marc began the first of a series of weekly classes in astrology at the Judson Tower in New York. He uses that date and time as the birth date of the Sabian Assembly for astrological charts, although he designated October 17, 1923 as the official birthday of the Assembly. It was on that date, after moving back to California in April, that he resumed his classes at Manley Palmer Hall's Church of the People in Los Angeles.[14]

In 1924 he began writing sets of Sabian lessons, including The Codex Occultus, Key Truths of Occult Philosophy, and commentaries on The Book of Daniel and Grimms' Fairy Tales. He met a psychic, Elsie Wheeler.

On some unrecorded date in 1925, Marc drove to Balboa Park in San Diego with psychic Elsie Wheeler, who was then one of his students, and there, during the space of a day, they brought through the now famous Sabian symbols.

As Marc told it, "I had to find a place where the conditions would be proper for Elsie Wheeler, through whose consciousness the laya [energy] center in each of the three hundred and sixty cases could get in a picture or situation with meaning in modern and common everyday life, for that one of the Brothers who had the age-old and particular saturation in the true Memphite (earlier Egyptian) schematism from which the zodiac was derived originally, and myself, supplying the especially refined cabalistic training needed for the critical interpretation or rationalization of the relationships at the threshold of a new or atomic age."[15]

Jones was dissatisfied with his first commentary on the Sabian symbols, but after revision published a book, The Sabian Symbols in Astrology in 1953. Meanwhile, he completed his education, lectured nationally, and wrote extensively. From 1942-1943, he wrote over 900 of what was to become 3,002 lessons for students of the Sabian Assembly. In the 1950s he published other important books, The Sabian Manual and Essentials of Astrological Analysis. His final books were Man, Magic and Fantasy, Fundamentals of Number Significance, and The Counseling Manual in Astrology.

He left a huge legacy of occult instruction and astrological theory that is still very much in use today.

During his teenage years, Jones became interested in Theosophy. He wrote to Fritz Kunz in 1966 that "I am a Theosophist of some sixty years of interest if not affiliation."[16] Jones was admitted as a member of the Theosophical Society on January 13, 1941. He joined in his home town of St. Louis, where the lodge was for a few years affiliated directly with the international headquarters rather than with the Theosophical Society in America. The President of the St. Louis Lodge was the industrialist Charles Luntz, who was an excellent teacher of astrology and editor of a Theosophical magazine called Ancient Wisdom. Later Jones was active with TSA lodges in Columbus, Ohio and Seattle, Washington, and he remained a member until his death in 1980. His wife, Priscilla, was also a member from June 30, 1951 until her death in 1976.

Dr. Jones was much in demand as a lecturer in Theosophical lodges all over the United States, especially from 1948-1959. He spoke in Los Angeles, San Francisco, Detroit, Philadelphia, Miami, Washington, San Antonio, Wilmington, and many other cities. He conducted a workshop at Camp Indralaya, a Theosophical retreat center near Seattle. In 1976, at the age of 88, he lectured at the Society's national headquarters in Wheaton, Illinois. The topics of his lodge lectures were usually related to Theosophy, astrology, religion, history, and culture. Some of the titles are:

Editions of some of Jones' books, including How To Live With The Stars and The Guide To Horoscope Interpretation, were published by the Theosophical Publishing House. One of his books featured the horoscope of Annie Besant, whom he greatly admired, and whom his wife Priscilla had met at the Theosophical Society headquarters at Adyar in the 1920s. His wrote to Fritz Kunz about the process of selecting Mrs. Besant for a profile, and it is clear from the letter that Jones was well acquainted with both Fritz and his wife Dora van Gelder Kunz.[17] 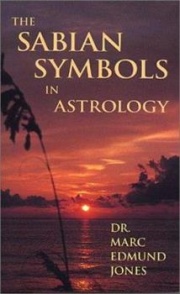 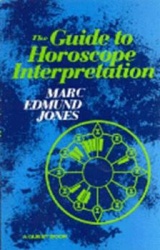 These are some of the film scenarios he wrote:

The bibliographic website of Galactic Central Publications lists over 30 short stories that Jones wrote, including titles such as these:

Books on Astrology and the Occult

Jones wrote over 20 books about astrology and the occult, and many are reviewed in the Sabian Assembly website. The titles are listed here in alphabetical sequence: