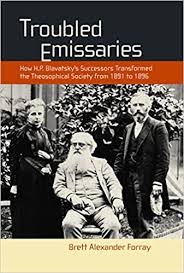 The Alexandria West Library is a Theosophical library, archives, and study center located in Turlock, California. The nonprofit corporation under which it exists is Alexandria West, Inc. According to its website:

The Alexandria West Library seeks to preserve and make available source writings from the word's great sacred, mythological and perennialist literature, as well as current and vintage literary, historical, philosophical and scientific works on subjects germane to the perennial wisdom traditions and their application to today's living. Currently the library has available more than 15,000 volumes, journals and pamphlets. The library also houses several special collections of letters, documents and ephemera, pertaining to the nineteenth and twentieth century perennialist traditions, most notably concerning the modern Theosophical movement. These collections now total over 50,000 items and are available to researchers. Cataloging of the library and special collections is currently in progress.

Founding of the library

Jerry Hejka-Ekins, co-founder with Victor A. Endersby of the library, wrote of its establishment in 1984:

Victor proposed the formation of an enterprise, to be called "Alexandria West," which would be established to receive and preserve Theosophical and germane libraries and archival material, and make all of this available for future generations of seekers, as well as offer educational programs...

A preliminary agreement was drafted that Victor's library of about fifteen hundred volumes, numerous original documents and sixty-five years of Theosophical correspondence be preserved and consigned to this organization. though Victor passed away in 1987, Alexandria West continued informally over the next fifteen years, holding conferences and classes, acquiring other libraries and archives, as well as cataloging, ordering and preserving the letters and documents: a task that is continually in progress. In 1994, one hundred and sixty acres was purchased in Mariposa county with the intention of establishing permanent site for the library, and as a retreat for conferences and research. On January 6, 1999, "Alexandria West" was officially chartered under the laws of California, and is managed by a Board of five members. Since its humble beginnings, the library has expanded to fifteen thousand volumes of books and journal in several languages, representing all of the Theosophical organizations, past and present, and their spin off, ancillary, and related groups. Original historical documents and letters now fill ten filing cabinets. The materials are available for students and researchers, and have been much used over the past several years. In addition, Alexandria West continues to make available classes and seminars on Theosophical principles to the general public, but formulated to best meet each audience's immediate needs and values. Withe Alexandria West, Victor's dream for a center for Theosophical research and study, that is open to all, is being fulfilled for the present and future generations of seekers.[1]

In 2016, Alexandria West inaugurate its publication program with the issuance of Troubles Emissaries: How H. P. Blavatsky's Successors Transformed the Theosophical Society from 1891 to 1896 by Brett Foray.