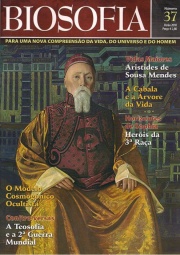 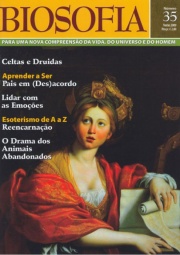 Biosofia is a Portuguese magazine edited by Centro Lusitano de Unificação Cultural (CLUC). The first issue was released in the Spring of 1999 and had Helena P. Blavatsky on its cover. Although a quarterly periodical in the first years of its life, since 2012 it has been published annually. However to compensate for the reduced amount of issues, the number of pages of the publication was increased. In 2018, the circulation was around 3,000. The subtitle of Biosofia describes “a global understanding of life, the Universe and Man.” In its 80 pages, there are articles dealing with many different subjects, such as: Theosophy, Religion, Psychology, Esoteric Traditions, Vegetarianism, Books, Music and reflexions about contemporary problems of Man and Society, etc. Since the first issue, the editorial is penned by José Manuel Anacleto, president of CLUC and lead editor of the publication. The director of the magazine is Isabel Nunes Governo, CLUC's vice-president.

The magazine is sold not only in CLUC’s headquarters in Lisbon, but is also available in many stores and newsstands throughout Portugal. Many hundreds of subscribers receive the magazine in their homes.

Some articles of Biosofia can be read online for free at Biosofia.net.