Some time between 1887 and 1888, not long before she died, Mme. Blavatsky dictated a Diagram of Meditation to E. T. Sturdy, one of her close students. The latter, gave the Diagram to his friend Christmas Humphreys who published it for the first time in the Nov/Dec. 1942 issue of Buddhism in England (later renamed The Middle Way, in which journal it was reprinted in May/June 1944).

John Cooper, the Australian authority on Theosophical history, reports that in a Draft Catalogue of Volumes and Pamphlets dated 1957 and kept at the home of Mr. Christmas Humphreys, under item 344 it says: "Envelope addressed to Christmas Humphreys from E. T. Sturdy with 'A diagram of meditation made under H.P.B.'s direction over 50 years ago.' (This diagram was later published in The Middle Way and offprints taken.) Also letter from Sturdy dated 14.8.42."[1] 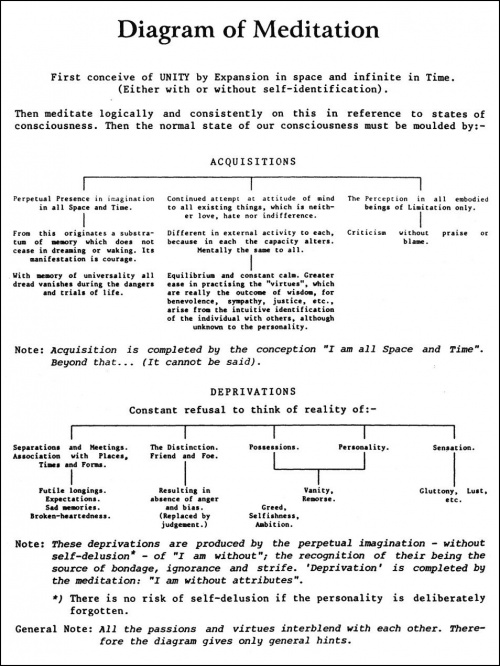