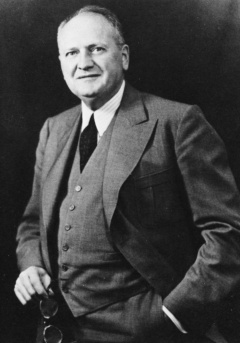 Herbert Kern was born at Lake Elmo, Minnesota on August 30, 1890. His parents were Charles Kern, a blacksmith who in middle-life switched to farming, and Josephine Combacker Kern.[1]

John Kern wrote of the engineering ability that his father exhibited even as a boy:

He was innately interested in how things worked and why. One day in 1907, after pedaling to high school in nearby Stillwater, he answered an ad in the local paper by a resident doctor. The doctor had just purchased an automobile, the first one in the city, and he wanted to hire a part-time chauffeur. My dad was the only person to answer that ad, as no one else (including my father) had personally seen an automobile. He got the job, we presume, simply on his bravado and demeanor. He told me he arrived an hour early for the interview, read the manual from cover to cover, and ended up driving the good doctor out to White Bear Lake to see a patient that very afternoon![2]

After attending local public schools, the young man entered the University of Minnesota, where a new department was newly established - Chemical Engineering. Kern completed a Bachelor of Science degree in 1913 and a Chem.E. in 1914. While he was an undergraduate, he became acquainted with Freemasonry. He became a Mason and joined a Masonic fraternity at the university, called Acacia.[3]

In 1914, "he was employed in Minneapolis, Minn., by the Pure Oil Co., Chicago, Ill., to organize the company's first research laboratory, where, as its first research chemist, he worked on additives and detergents until 1917, after which he was associated for a short time with H. K. Stahl Oil Co.[4] On September 20, 1917, he was married to Edith Louise Speckman in Minneapolis.

In World War I, Herbert Kern joined the Army Quartermaster Corps and was stationed in Chicago. His responsibility was the purchase and inspection of fuels. In 1919 he was honorably discharged with the rank of captain.

[From him, Kern] learned about using sodium aluminates as a flocculating agent (a means of separating out and precipitating suspended particles in fluids).

He saw the potential for developing the use of this process to clarify both industrial and domestic water supplies. After the war ended, and with financial backing from the family of this professor, he founded the Chicago Chemical Company to produce and market this technology.[5] 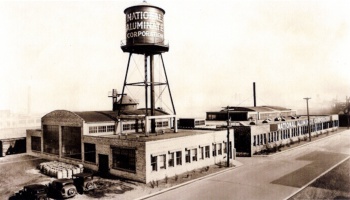 In a brief summary of company history,

In 1920, Herbert A. Kern founded the Chicago Chemical Co., which sold water-treatment chemicals such as sodium aluminate. Two years later, P. Wilson Evans started the Aluminate Sales Corp. In 1928, a merger between these two companies created the National Aluminate Corp., based in Chicago. Annual sales neared $4 million by the end of the 1930s, and the company continued to grow thereafter. By 1959, when the company's name changed to Nalco Chemical, annual sales approached $50 million. Sales rose to $400 million by the mid-1970s, when Nalco — now a Fortune 500 company operating on a global scale—had about 1,700 workers in the Chicago area.[6]

Mr. Kern was president of Nalco Chemical Company from 1928 to 1956, then from 1956-1961 was the chief executive officer and chairman of the board. He continued serving as a director and member of the executive committee until his death. Numerous products were introduced by Nalco and related businesses, such as these:

"Under Kern's leadership the company was developed into a worldwide enterprise operating eleven plants, producing 400 water-conditioning and industrial-process chemicals."[7] Herbert Kern received patents for many processes, such as water softening, water clarification, treatment of contents of cooling systems, and washing detergents. A great supporter of laboratory research, he was also innovative in developing relationships with stockholders and employees.

Mr. Kern was markedly progressive in providing benefits to his employees. He established health insurance, paid leave for birthing, retirement and financial coverage for unexpected personal crises. When one of his department heads contracted poliomyelitis, Mr. Kern continued all of the man's salary and benefits. He also arranged for an osteopath to massage the patient regularly to prevent atrophy of the muscles. The employee was eventually able to return to work in a wheelchair. Such benefits were rare in the Great Depression era.[8]

Herbert Kern became a member of the Theosophical Society on June 3, 1929 after hearing a series of lectures by Society president L. W. Rogers.[9] His son related:

During the early 1920s, my father met members of the Holyoke [Massachusetts] Branch of the TSA, apparently while on a business trip to visit paper mills in the area to sell them his water treating chemicals. Members Jennie Ferris and Helen Tait turned over to him several books on Theosophy, and that got him started. Today, those books with their names inscribed, are in my personal library. My father joined the Holyoke Branch, even though he lived in a suburb of Chicago, and his name is listed in archival branch membership records from 1931 and 1941. He was a voracious reader and I actually recall driving in a Model A Ford Coupe out to Olcott on a Sunday in 1931, as he often borrowed books from the new American Section administrative headquarters library in Wheaton...

I had an extensive childhood acquaintanceship with the Theosophical books from my father’s library, which the two of us discussed regularly.[10] 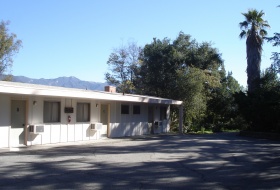 During the hectic war years when he was managing a defense industry, Mr. Kern became less active in the Society, but in 1946 his son John drew him back into the activities at the "Olcott" headquarters in Wheaton, Illinois.

His long service to the Society included the two major areas of the distribution of theosophical literature and the expansion of theosophical radio broadcasts. He was one of the three incorporators of the Theosophical Book Gift Institute in April, 1948, and served as the Institute's Treasurer from that time until his passing. A member of the Board of the Foundation for Radio Theosophy, he was the principal donor to the National Radio Fund and was appointed a member of the National Radio Committee at the time of its inception in 1955. Mr. Kern was also a founding member of The Theosophical Investment Trust, established in November, 1955, and since July, 1960, he had served the Trust as its chairman. For many years, he served on the Society's Financial Advisory Committee.[11]

Mr. Kern was heavily involved with the Theosophical Book Gift Institute, an organization that distributed Theosophical books to public libraries, hospitals, prisons, and military bases. It was incorporated as an Illinois not-for-profit corporation in 1948. At the passing of Eugene Wix, who initially served as secretary-treasurer, L. W. Rogers took on the position of secretary, and Mr. Kern became the treasurer. Rogers wrote,

Mr. Kern is not only a long-time member of The Theosophical Society but is a man with very wide business experience. T. G. B. I. is indeed fortunate to have him on its working staff.[12]

Here are just a few of the other ways in which Mr. Kern served the Theosophical cause:

Herbert Kern had an immense impact on the Theosophical Society in America and all the members, students, researchers, readers, and listeners who benefited from his vision and his generosity. 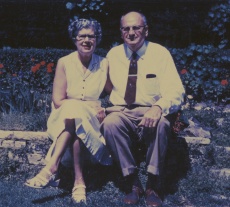 Mr. Kern was active in many civic and social organizations.

Kern was chairman of the Southwest District of the Boy Scouts of America, Chicago, and a director of the Chicago YMCA... In 1953 [he established] the Nalco Foundation for the purpose of receiving and administering funds for various scientific, educational, and charitable purposes, and he served as president and a director of the latter. he belonged to the American Chemical Society, Alpha Chi Sigma, Acacia, the Masonic order (32d degree), the University Club of Chicago, and the Hinsdale (Ill.) Golf Club. His religious affiliation was with the Union Church, Hinsdale. Politically he was a Republican. [13]

The Kern family was active in working with fellow members of their German Lutheran Church in aiding people in need. For example, they donated a beautifully carved bed to a farm family whose home was destroyed in a lightning strike.

In 1956 Mr. Kern stepped down as president, and took on the role of board chairman until 1961, when he was designated as honorary chairman. He was a director and held a seat on the executive committee. He passed away in La Grange, Illinois on February 28, 1963 following a long illness.[14] He left two sons: John Charles Kern, who succeeded him in heading The Kern Foundation, and Herbert Arthur Kern, Jr.