Difference between revisions of "Serapis Bey"

Serapis Bey was an Adept who was the chief of certain Egyptian Brothers belonging to the "Ellora Section" of the Brotherhood of Luxor. He helped with the direction of the early work of the Theosophical Society, and was referred to as Maha Sahib. 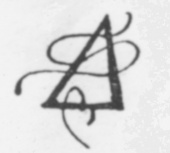