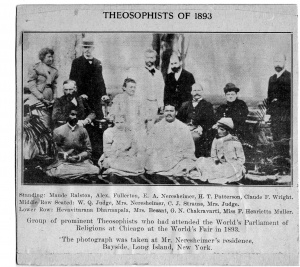 F. Henrietta Müller was a German Theosophist who spoke at the World's Parliament of Religions in Chicago, in 1893. She was among the Theosophical Society delegates who gathered at the home of E. A. Neresheimer in New York after the Parliament.

She met Swami Vivekananda at the Parliament, and in 1895 invited him to London, where he stayed with E. T. Sturdy.