Their only child, daughter Eadith, was born in September 1868. Given her many other interests, Anna found the demands of motherhood rather stressful.[8] Fortunately for Eadith, the family could afford a “nurse” (now known as a nanny).

On returning to England, Anna began a small private medical practice and continued her anti-vivisection and pro-vegetarian work. She did a fair amount of public speaking, which at the time was frowned upon for women.[11] It’s not clear that she spoke much about women’s equality during this time, but her actions very clearly demonstrated her belief in it.

Anna’s views coincided with many theosophical teachings. She and Maitland attended some meetings of the Theosophical Society, and some TS members attended her lectures.[12] Anna Kingsford was admitted to membership in the Theosophical Society on January 3, 1883, on the same day as her friend Edward Maitland.[13] Anna was immediately offered, and accepted, the office of President of the London Lodge.

As is not unusual in any human organization, even (perhaps especially) those that study and teach metaphysics, differences of opinion arose regarding the “truth” of various teachings. [14] The upshot in this case was that Anna and Maitland formed the Hermetic Lodge of the Theosophical Society, which was inaugurated in April 1994 and very shortly became the Hermetic Society rather than a branch of the TS.[15] While both organizations were concerned with honoring spiritual values and esoteric studies, the TS leaned toward an Eastern presentation and the Hermetic Society a Western (largely Christian) one.

There is some striking and new idea to be found in every page of the work of this most gifted seeress.[16] 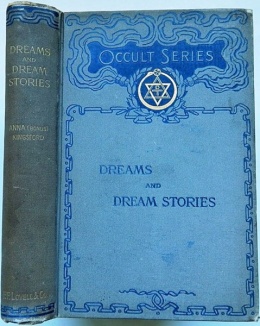